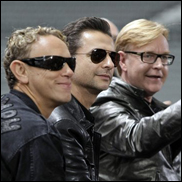 SEATTLE (Hypebot) – iTunes has launched a new artist subscription-like product called iTunes Pass. Depeche Mode is the first to utilize the new platform for the pre-sale and release of “Sounds of the Universe”. For $18.95 fans get the band's new single, a dub remix of another new track, the new album on street date, as well as, music and video exclusives over 15 weeks before and after the album’s April 21 release.

Other artists are also experimenting with their own variations of the subscription model. Utilizing technology from Topsin Media, singer songwriter Josh Rouse sells access to his Bedroom Classics Closet Archives for $29.95 and throws in a subscription to Paste Magazine. Ronn Werre, president of Music Services for Depeche Mode's record label EMI believes in the new format, "We think it's a great new platform that will change the way artists engage with their audiences and also a powerful new way for us to build value for our artists’ music."

From the press release:

“iTunes Pass is a great way for artists to give exclusive music and video, on their own schedule, directly to their fans.” said Eddy Cue, Apple’s vice president of Internet Services. “iTunes customers are going to love getting additional content directly from their favorite artists right when they make it available.”

"The relationship between Depeche Mode and their fans has always been our top priority," said the band's manager, Jonathan Kessler. "We are thrilled to be the first to participate with Apple in giving fans the kind of deep musical experience they expect from Depeche Mode."