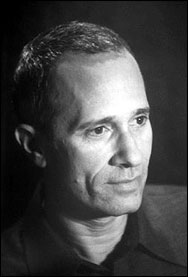 Film and television composer, orchestrator, keyboardist and record producer, James Newton Howard has been elected a director by the Board of Directors of the American Society of Composers, Authors and Publishers (ASCAP). Howard will complete the term of Oscar-winning composer Elmer Bernstein who passed away last month.

"James brings a wealth of composing experience to the ASCAP Board, from early immersion in classical music, success in writing, arranging and performing pop music to a 30 year string of exceptional, award winning film and television scores," said ASCAP president and chairman Marilyn Bergman. "He will provide very valuable insight into the music world of today and tomorrow to the benefit of all ASCAP members."

Howard has more than 70 films to his credit, including Michael Mann's Collateral, M. Night Shyamalan's The Village, Unbreakable, and Signs, Disney's CG animated Dinosaur, Atlantis: The Lost Continent and Treasure Planet, as well as Snow Falling On Cedars, Runaway Bride, and The Sixth Sense.

In addition to his five Oscar nominations, including three for Best Original Score — The Fugitive, The Prince Of Tides and My Best Friend's Wedding– Howard has been rewarded for his diversity with numerous Grammy, Emmy and Golden Globe Award nominations. In 2000, he was honored with ASCAP's prestigious Henry Mancini Award.

His other wide-ranging credits include A Perfect Murder, Glengarry Glen Ross, Space Jam, Restoration, Waterworld, Wyatt Earp, Grand Canyon, Junior and Pretty Woman. His upcoming projects, due for release in 2005, include Batman Begins and The Interpreter.

After joining Elton John's band in 1975 as a keyboardist, Howard has maintained a long musical collaboration with him as an arranger and performer, including joining John on his recent tour.

"Music for film and television is an essential element of the ASCAP repertory and James Newton Howard will clearly reinforce that importance," added Bergman. –Bob Grossweiner and Jane Cohen