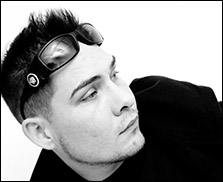 WINNIPEG, Manitoba (CelebrityAccess) — Jamie Prefontaine, a member of the Winnipeg-based hip-hop group Winnipeg's Most has died at the age of 30.

Prefontaine, also known by his nickname Brooklyn, died on September 22nd of an unknown ailment. According to the CBC, Prefontaine's family declined to release a cause of death.

Despite the group's success, Winnpeg's Most faced criticism over their lyrics and glorification of drugs and crime among aboriginal communities. It was a lifestyle that Prefontaine seemed acqauinted with, having spent time during his life in and out of jail.

At the time of his death, Prefontaine was on the Winnipeg Police Service's most wanted list, according to the CBC, for breaching numerous conditions imposed by the court. In a press release, Winnipeg police said they were actively searching for Prefontaine and alleged that he was deliberately avoiding them.

Despite his past, Prefontaine's friends described him as a good man.

"A lot of people talked bad about him and said a lot of stuff that wasn't true, and when you got to know who the real Brooklyn was, he was a true friend and a true brother — someone who would take the shirt off his back and give it to you if you need it," fellow Winnpeg hip hop performer Illiano McKinney told the CBC. – Staff Writers