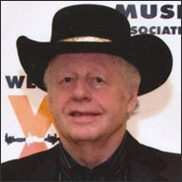 WICHITA, KS (CelebrityAccess MediaWire) — Country music performer and DJ Johnny Western, a fixture in the Wichita country music scene, has announced that he's retiring and that his last broadcast on KFTI will be on April 10th.

Western intends to continue with a planned concert tour in June, KSCW reported.

Western received his first guitar when he was 12 and was singing and playing on the radio by the time he was 13. By 1949 he had a full-time radio program on KDHL in Minnesota and was dubbed the youngest DJ in the U.S. in commercial radio by Billboard Magazine. At 16 he recorded his first release, "The Violet and the Rose."

Put under contract by Gene Autry, Western was featured in several movies between 1957 and 1959. Signed by Autry’s agent after Autry retired, Western then did a pilot for a series called "Pony Express," was cast in five feature western films and appeared in 32 episodes of televised westerns. He toured and performed with the Johnny Cash Show from 1958 to 1997; co-wrote themes for "Johnny Yuma," "The Rebel," and "Bonanza"
with Cash; and wrote and sang the theme song for the TV series "Have Gun Will Travel."

In recent years, Western had been hosting a daily country music show on the classic country station KFTI (AM) in Wichita.

"I’m going to miss it tremendously. These last 21 years with KFTI, have been an absolute joy." Western said of his retirement. – CelebrityAccess Staff Writers