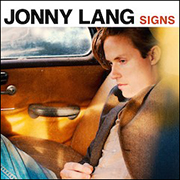 Lang is currently on tour in the U.S. and will wrap up the first leg of his current North American run on Oct. 19th with a show at Hampton Beach Casino in New Hampshire. Lang then heads across the pond for a string of dates in Europe and the UK, before returning to the U.S. for the newly-announced North American shows.

The segment kicks off on Nov. 27th at the Bing Crosby in Spokane, and runs through February 2nd when Lang will put in a performance at the Talking Stick Casino in Scottsdale, AZ.

Lang will be touring in support of his brand new studio album "Signs" which will be released in North America on September 8th via SayRai / Concord Records. The album (his sixth major label release) is his first in four years.