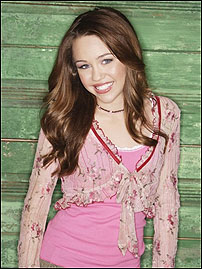 KANSAS CITY, MO (CelebrityAccess MediaWire) — Parents trying to secure tickets for a forthcoming concert by the young performer joined the growing ranks of disaffected would-be concert-goers after tickets to the show at the Sprint Center sold out in 4 minutes with many appearing on secondary ticket broker websites at vastly-inflated prices.

For those who have been following the growth of the secondary ticket market, this is no surprise. A report by WKYC-TV provided some interesting additional details however. According to the report, even the scalpers are having trouble securing Miley tix, often having to buy them from other brokers, thereby further inflating the price. This is compounded by efforts by primary ticket vendors to thwart so-called bots, which automate the buying process for secondary brokers – the brokers still get the tickets, its just harder so the markup becomes steeper.

The brokers may have gained a powerful foe however. The Attorney General of Arkansas has pledged to investigate the brokers but to what extent and the auspices of which law remains uncertain. His office was still preparing a statement at press time.

And its not just Arkansas. According to the Kansas City Star after a similar sellout occurred in Kansas City, controversy was stirred when the ticket buying public learned that only slightly over 40 percent of the available seats were released to the public with the lion's share going to luxury box owners, the artist, the promoter of the event, AEG Live and Hannah Montana's fanclub. Sensing the public's mood, the city council leapt into action, launching an inquisition into the ticket sales.

While the hearing attracted quite a bit of attention, even luring Ticketmaster Vice President Joseph Freeman there was ultimately little that the City Council could do beyond urge Ticketmaster and the Sprint Center to work to increase the "happiness" of the council's constituency.

"People are mad," said Councilman John Sharp during the hearing. "These are taxpayers who agreed to have their money used to build the Sprint Center and are now worried they will never get an opportunity to use it. I hope to see the best efforts from AEG and Ticketmaster." – CelebrityAccess Staff Writers