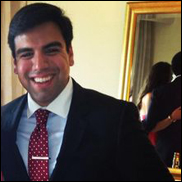 WASHINGTON D.C. (CelebrityAccess) — A Washington D.C. man has reached succeeded in his fundraising campaign to stage a private Kenny Loggins concert in his living room.

According to ABC-affiliate WJLA, Erick Sanchez reached his Kickstarter goal of $30,000 to lure the soft rock star for the private performance. Loggins has already said that he'd be willing to perform if enough money was raised.

Word of Sanchez’s plan went viral and in a span of a few weeks, the campaign went from just a few thousand dollars to fully funded. Pledge premiums included access to an internet stream of the concert for a pledge of $20; a seat (1 of 50) at the show for a pledge of $300; $750 for premium seating and homemade guacamole at the performance; and for just $5,000, pledgers receive a guaranteed seat and will be a part of a private 20 minute meet and greet with Kenny and the Blue Sky Riders.

"I'm honored to have the support and pledges of great friends and fine Americans. I'm excited to bring one of the greatest singer/songwriters of our time to the Nation's Capital, and making my living room the 'Danger Zone' with the cross streets being the highway to it," Sanchez told WJLA after his campaign successfully met his goal. – Staff Writers