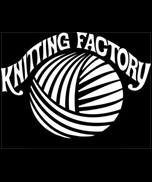 LOS ANGELES (CelebrityAccess MediaWire) — The Knitting Factory in Los Angeles is facing a hearing that may result in the loss of their Conditional Use Permit, which allows the venue to operate and conduct business. The Los Angeles Building and Safety Commission has reportedly alleged that the club has become a public nuisance and doesn't comply with "upscale restaraunt guidelines."

The club, which has been in operation in its current location at 7021 Hollywood Blvd, since it opened in the fall of 2000. The Knitting Factory was initially enticed to its Hollywood Blvd. location by the C.I.M. group to join their Galaxy complex, and has since served as the anchor tenant to revamp both the complex itself and the surrounding neighborhood.

Knitting Factory Vice President of National Operations, Morgan Margolis notes, "Suddenly, as the neighborhood has pushed drug dealers out, the rents up, built condos and turned our complex from an entertainment center to a retail center, we are no longer wanted. When we moved into this location the crime statistics were three times higher than the city average, with the corner of Hollywood and Sycamore sitting only one block north of the 18th Street Gang. In 2004, this corner was used as the first corner to install cameras as a test to stop crime."

Margolis and the club's staff, the majority of whom have been employed by the venue for the majority of the time it's been open, are trying to garner support from both their neighbors and from those within the art/music/entertainment business communities. They are hoping to compile a significant number of written testimonials as well as inviting one and all to the public hearing, which is scheduled for 10:00 A.M. Thursday, July 17th at 200 N. Spring St, room 1020, Zoning Administration.

Representatives from the Los Angeles Buiilding & Safety Commission did not respond to a request for comment. – CelebrityAccess Staff Writers