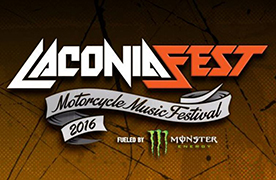 According to local ABC affiliate WMUR, organizers for the festival announced that the event was cancelled on Saturday after several bands including Sevendust pulled out of the event.

Workers at the festival reported that event organizers left earlier in the week and said were unable to offer refunds to ticketholders or to pay staff.

According to WMUR, remaining festival workers converted the festival grounds into a parking lot for the bike event on Saturday to help raise money, charging 5 dollars for motorcycles and 20 dollars for cars, and using the money to help defray money owed to the staff.

Christina Palmer, the manager for the band Enemy Remains, who were slated to perform on Saturday, said they band is owed money.

The city of Laconia also says they were owed money. City Manager Scott Myers told the Laconia Daily Sun that the management of the festival defaulted on its payments to the city for the cost of public safety services while two individuals who did not wish to be identified by The Daily Sun Friday said that contractors, vendors and suppliers also found themselves out of pocket.

"A lot of people put in a lot of hard work and the end result was nobody was paid," Michael Smith, an electrician who worked on the event told WMUR. – Staff Writers

Laconia police told WMUR that they are looking into the event.

Concert promoter Tyler Glover did not respond to a request for comment. – Staff Writers