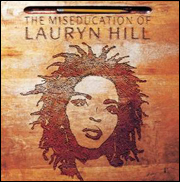 PITTSBURGH, PA (CelebrityAccess) — After arriving late to a show in Pittsburgh on Tuesday, Lauryn Hill aimed the blame for her tardiness at snowy weather in New York.

According to the Pittsburgh Post-Gazette, Hill was due to take the stage at Heinz Hall at 8 p.m. but didn't start the show until 11:20 p.m.

While fans waited for Hill, they filled their time with an acoustic set by Haitian musician Paul Beaubrun, a local Pittsburgh DJ and Hill's touring DJ.

Despite the distractions, Many fans decided they'd had enough and asked for a refund before Hill took to the stage, the Post-Gazette said.

Hill, who is notorious for posting late to shows, apologized to fans in a subsequent post to her social media. Hill said that the inclement weather had left members of her crew and band stranded behind delayed fights. She conceded that despite the show being announced as delayed on social media, they should have gone ahead and canceled instead of keeping her fans waiting.

Hill said she plans to schedule another show in Pittsburgh to make up for it. – Staff Writers