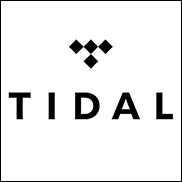 LOS ANGELES (Hypebot) – Superstar rapper Lil Wayne has become the newest co-owner of Tidal, reports Forbes and premiered a new song exclusively there.“Glory,” is the first single from FWA (Free Weezy Album) which will be given free to fans as he battles with his record label in court.

It's been a rocky month for Tidal, but Jay Z & Company seem to be pushing past the controversies. Tops execs are having smarter interactions with the press and industry, as well as, working to improve Tidal to make it more artist and user friendly.

Tidal today announced the launch of a desktop application in beta, an updated user interface in the US, student pricing and a Ticketmaster partnership that adds ticketing to the subscription music and video platform.

The moves come just days ahead of next week's anticipated launch of Apple's streaming music offering, as well as, a stream of upgrades and promotions from competitors like Rhapsody, Rdio, Spotify and Deezer.

The Ticketmaster deal adds tour dates and ticketing to Tidal, including exclusive ticket giveaways, pre-sales and discounts. At launch, ticketing is on the U.S. only with other territories to be added.

On its mobile platform. Tidal has updated it design and functionality including improved search, the addition of an offline mode and personalization options. These updates are a part of a series of platform improvements designed to make it easier to discover and consume music.

Tidal is currently available in 44 countries with a catalog of 30 million songs and 75,000 videos.