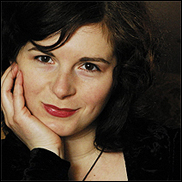 NOKOMIS, Saskatchewan Canada (CelebrityAccess MediaWire) — "Little Miss Higgins is a fresh and welcome addition to the Canadian blues scene. I love her selection of material, old school vintage sound and her enthusiasm. She has the respect of and holds her own with veterans twice her age." Holger Petersen, record producer, radio broadcaster, and owner of Stony Plain Records

Little Miss Higgins—who hails from Nokomis, Saskatchewan, a Canadian prairie town (population: 400) between Saskatoon and Regina–is already having a spectacular 2008.

Little Miss Jolene Higgins’ country blues album "Junction City" has been nominated in the Blues Album of the Year category for the 2008 Juno Awards to be held in Calgary, Alberta April 5-6.

The five foot two singer/guitarist is also nominated in the Favourite Blues Artist/Group or Duo of the Year category of the 8th Annual Indies Awards being held in Toronto March 8th during Canadian Music Week.

Toronto-based Exclaim! magazine recently touted Little Miss as an artist to watch in 2008. "Look for Miss Higgins to be a big hit on this coming summer’s festival circuit," wrote Jason Schneider.

Little Miss will be kicking up her heels this week at the 2008 International Folk Alliance Conference in Memphis. Accompanied by guitarist Foy Taylor, she will perform at the following showcases:

Catch a YouTube performance of Little Miss with Chris Whiteley on trumpet at the recent Maple Blues Awards in Toronto. Though informally filmed, the quality is surprisingly good.

Little Miss finished 2007 with a win from the 7th annual Independent Music Awards for Blues Song of the Year with her track "In The Middle of Nowhere."

Little Miss appeared on numerous "Best Of" lists for 2007. This included CKUT host and Montreal Gazette music reviewer Mike Regenstreif’s Top 20. "Junction City" was also featured on the year-end broadcast on CKUT, in which Regenstreif referred to Little Miss Higgins as his "favourite new discovery of 2007."

Jan 18, 2008
Greg Quill
TORONTO STAR
TORONTO (Toronto Star)Her first instrument was a piano, a saloon mini-grand her father hauled into their home in Independence, Kan., one night. That's where Jolene Higgins more or less grew up, the dimpled daughter of an oil man who apparently knew a good deal when he spotted one.

Jolene – better known in contemporary music circles as rising retro-country blues star Little Miss Higgins – immediately carved her name in it, then settled into scales that would eventually lead to Mendelssohn, Brahms and Mozart.

"It was a small prairie town much like the one we'd left behind in southern Alberta," Higgins said over the phone from her present home in Nokomis, Sask., another small prairie town – this one located about halfway between Saskatoon and Regina.

Nokomis was at one time the point where the Canadian Pacific and Canadian National rail lines crossed in that neck of the woods. These days it's a small and isolated bit of the Prairies' fabled past, home to just 400 souls.

Nevertheless, Nokomis is well served on Higgins' sophomore album, Junction City, in which the town's past and present abide comfortably together in original songs that reverberate – quite literally – with the twang of pre-rock blues and post-Carter Family country music, and come alive in Little Miss Higgins' plaintive, high-pitched holler.

It's a voice that reminds those old enough to remember of Memphis Minnie and Billy Holiday, of the rough roadhouse beginnings of rockabilly, and of the same line of empowered female blues and jazz singers who also inspired American roots music diva Maria Muldaur.

That's a long way from her classical music beginnings, admitted Higgins, who spent two post-secondary school years studying theatre, and a third studying music and drama at the B.C. Conservatory of Music on Vancouver Island.

By then she had abandoned the piano for the electric guitar – an early 1960s Kay hollow body with a massive single-coil pickup is her preferred weapon – and graceful airs for primordial rock 'n' roll, that quaint and inflammatory mix of blues and country music, with their sexy bent scales, profane rhythms and soulfully flattened notes.

"Everything changed after we moved back to Saskatchewan at age 13," explained Higgins.
"That's when I heard Billy Holiday for the first time … then Memphis Minnie, who was really cool because she also played guitar, and Big Bill Broonzy."

Higgins' musical world was soon bound by the songs, stories, mannerisms, fashions, and ribald excess of the all but forgotten artists who were the unwitting pioneers of rock 'n' roll in the 1930s and '40s. It helped, she noted, that they lived very theatrical lives, onstage and off.

Recorded in Calgary with producer Tim Williams and sound engineer Rob Smith, Junction City is a collaboration with Higgins' musical and life partner, guitarist Foy Taylor. The album has already earned rave notices and the attention of concert and programmers for this summer's Winnipeg Folk Music Festival, Summerfolk in Owen Sound and the Kitchener Blues Festival.

"It will be nice to finally get east," said Higgins, who made her Toronto debut this past October at the Free Times Café. "But it's also nice to get back to a place like Nokomis, somewhere quiet, with a house and garden.

"I get all the inspiration I need right here."
Journalist/broadcaster/researcher Larry LeBlanc has been a leading figure in Canadian music for four decades.

He has been a regular music commentator on CTV’s "Canada A.M" for 35 years, and has been featured on numerous CBC-TV, CTV, YTV, Bravo! MuchMusic, MusiMax, and Newsworld programs in Canada; VH-1, and EEntertainment in the U.S.; and BBC in the U.K.

Larry was a co-founder of the late Canadian music trade, The Record; and, most recently, the Canadian bureau chief of Billboard for 16 years.