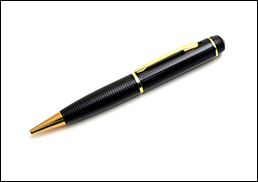 LONDON (CelebrityAccess) –A Live Nation exec in the United Kingdom has been arrested after police allege that they discovered him secretly filming 'upskirt' videos of women in a London subway.

According to the Shropshire Star, Police say Andrew MacRae, 43, was spotted by a police inspector on his way to work when he to have placed a laptop bag on the floor between the legs of an unsuspecting female passenger.

“He had a black laptop bag on the floor, which was zipped-up and a black pen with gold trim poking out of it," Prosecutor Angela Mehadio told magistrates, per the Star.

“The defendant seemed to be changing the angle of the bag, which he had placed between the legs of a blonde female wearing a red summer dress,” she added.

She told the court that the officer then followed MacRae onto a train and said : “He stood next to another female wearing a red dress and positioned his laptop bag on the floor between her legs.

“The officer had a clear view and was convinced MacRae was using the device to film females and that pen was some sort of recording device."

A subsequent search of McRae's home revealed a trove of approximately 49,000 more images, including videos of a female neighbor and a house guest.

MacRae pleaded guilty on Tuesday to one count of outraging public decency.

McCrae had been with Live Nation since 2004, most recently serving as VP of finance and strategic initiatives, but has been terminated by the company the Evening Standard reported.

In a statement to the Standard, Live Nation said: “This matter is still before the courts and as such we are unable to comment on the case.

"We can confirm that these charges have been made against the individual personally and that he was terminated by Live Nation Entertainment in July 2017 following his arrest.

"Live Nation strongly condemns Macrae’s acts and is outraged by his offensive and criminal behavior which has no place at our company, city or the world at large.”