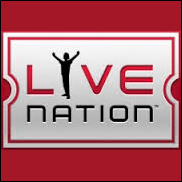 Live Nation has been a prolific player in artist management for sometime, though you wouldn’t necessarily have realized it. The core of the live giant’s management business came from its acquisition of Ticketmaster, which brought with it the Front Line management powerhouse led by Irving Azoff, which the ticketing firm had earlier acquired sometime earlier. Though Live Nation has since bought into numerous other management agencies around the world.

All those management assets sat under the rather ambiguous Artist Nation banner, originally set up as the division to manage Live Nation’s mega-bucks alliances with Madonna, Nickelback, Shakira and Jay-Z, but subsequently something of a miscellaneous unit that also included some of Live Nation’s fan services and merch interests. Most of the management agencies owned or part-owned by the group operated under their own brands.

But a few of them (at least) will now take the one name Maverick. And the revamp is seemingly more than just a rebrand, with the managers involved pledging to work more closely as a united business, pooling their skills, knowledge and contacts for the benefit of each other’s artist clients. Oseary, who came to Live Nation when it provided financial backing to the merger of his and original U2 manager Paul McGuinness’s management firms last year, will head up this new more united business.

The union is being spun as a move that will help the Live Nation-affiliated managers capitalize on the new opportunities open to artist managers as a result of a music business that is still in flux.

And, they presumably hope, it will also enable the Maverick team to rise to the challenge all managers need to tackle, both to capitalize on the opportunity that exists to strengthen their power within the wider business, and also to better deliver for their artists: that is to be the strategists that build lucrative businesses around musical talent on an act-by-act basis, capitalizing on the direct-to-fan relationship and building revenue streams beyond record and ticket sales.

Oseary certainly has some heavy hitters within the all new Maverick, and also presumably enjoys access to brand, data and live expertise elsewhere within the Live Nation empire, plus we expect further acquisitions along the way. What benefits it delivers for artists allied to the new management powerhouse, well that will be something to watch out for. –According to completemusicupdate.com