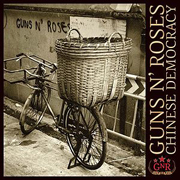 NEW YORK (CelebrityAccess MediaWire) — Guns n' Roses long-delayed "Chinese Democracy" will have do do some big numbers for Interscope, as the major labels are pushing other highly-anticipated releases off until at least 2009.

According to the Wall Street Journal, the decision to change the release dates reflect a major downturn in album sales in recent weeks. Until very recently, record sales have seemed largely immune to the effects of the economic downturn but within the past few weeks, sales figures have seen rapid declines with last week's figures off by 29% percent from the same period in the previous year.

Pushing these releases to 2009 will be particularly painful for the labels as they generate as much as 40% of their annual sales from the holiday season. Among the affected albums are 50 Cent's "Before I Self Destruct" and "Detox," Dr. Dre's first release in 9 years. – CelebrityAccess Staff Writers