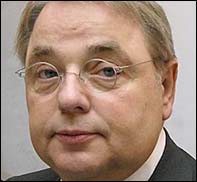 MUNICH, Germany (VIP-NEWS) — The majority shareholder of CTS Eventim is to sell a stake of up to a five per cent of the company in a bid to raise cash to fund investments.

KPS Stiftung, CTS Eventim founder and chief executive of Klaus-Peter Schulenberg’s foundation, said in a statement that it will sell part of its 50.2 per cent stake via an accelerated bookbuild.

KPS Stiftung said that the sale is intended to increase the trading volume of the Munich-based ticketing and live entertainment company’s shares. It added that “proceeds from the sale will be used to fund investments and operations of KPS Global Asset Management GmbH & Co. KGaA, the investment vehicle within KPS Stiftung”.

“KPS Stiftung does not intend to further dilute its position as a main shareholder in CTS Eventim,” it added.

Reuters reported that a source close to KPS Stiftung said the price guidance for the share placing was around €36. By disposing of 4.8m shares, KPS would therefore receive proceeds of almost €173m (£148m/$190m).

CTS Eventim last month announced it is to more than double the dividends it pays to shareholders after selling more than 43.7 million tickets in 2016.

The company’s strong online ticket sales in 2016 was key to the business choosing to pay out €94.1m in dividends in 2017.

The group operates numerous tours and shows in Germany, such as Rock am Ring, as well as Switzerland and Austria, and is rapidly expanding its international promotional footprint. Its portfolio also includes venues such as London’s Eventim Apollo and major ticketing brands in 25 countries, such as Eventim.de and TicketOne in Italy.