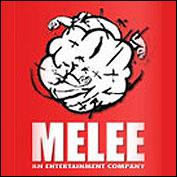 (CelebrityAccess MediaWire) — Melee Entertainment, formed last year by Priority Records' founder Bryan Turner and industry veteran Scott Aronson, has inked an agreement with Paramount Pictures to produce music-based films with an emphasis on using established recording artists in featured roles. It will produce six feature-length titles over three years. Projects will be released by Paramount on DVD with the opportunity of being released theatrically by Paramount, too.

Melee brings financing with the deal but also has the option to co-finance productions with Paramount. Most projects will be budgeted in the $3 million range.

"The deal was specifically constructed to allow Melee to direct a portion of each film's marketing budget to the most efficient channels for reaching the fans," said Aronson, who, along with industry consultant Seth Willenson, negotiated the deal on behalf of Melee.

Melee will work closely with the artists to create stories and characters that connect with their current fans but are not constructed too narrowly to break out to an even wider audience.

"While Purple Rain and 8 Mile are two of the most obvious examples, Friday and You Got Served showed that artists don't have to play themselves to capture their fans' attentions," said Turner who financed the first Friday film from profits he earned selling Ice Cube's records at Priority. Not coincidently, Melee produced You Got Served, which Sony/Screen Gems released earlier this year. The film, which cost $7 million to make, opened at the top spot at the weekend box office and went on to gross over $40 million domestically and has achieved heavy video sales and rentals. In addition to R&B group B2K, the film also starred R&B artist Marques Houston, Steve Harvey, Jennifer Freeman, Meagan Good, and rap artist Lil' Kim.

It is also possible that Melee will potentially partner with the MTV, VH1, BET, and CMT networks on various projects.

"At the end of the day, if we make good quality films economically and market them effectively to a pre-existing fan base, all of our partners will be happy," Turner added.

"We believe that the music consumer is a significantly underserved demographic in the made-for-video and theatrical business," said Thomas Lesinski, president, Paramount Pictures, Worldwide Home Entertainment. "Bryan's experience and relationships in the music world are the perfect complement to our goal of rapidly growing this segment of the business. We are very excited about the potential of the partnership."

"Melee brought us a way to bridge the communities of music and film. We think this partnership will generate great creative energy and exciting new films," said Rob Friedman, vice chairman of the Motion Picture Group and Chief Operating Officer of Paramount Pictures. — Jane Cohen and Bob Grossweiner