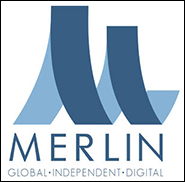 (Hypebot) – Merlin, the global digital music rights agency for 20,000 indie labels and distributors from 53 countries, has announced its billionth dollar in distributions, since launching in May of 2008. With all of its payments coming from music streaming, this milestone points to a promising future for independent music companies.

Now $1 billion in payments later, Merlin is often referred to as the “virtual fourth major.” In April of this year, Merlin announced a renewed multi-year global licence with Spotify.

“It makes me immensely proud to reach this landmark. Like all the best independent labels, Merlin is run with passion, as a lean and efficient operation – albeit with an extensive and profound global responsibility," Merlin CEO Charles Caldas said in a statement. “Even more inspiring is that this billion dollars in revenues comes only from the new-generation services that have launched since we did. In a market still in its early stages of evolution, the more significant growth is arguably yet to come.”

• The transition to a streaming market

Audio streaming has clearly opened new global markets for independent labels. 42% of Merlin members report that overseas usage accounts for a majority of their digital revenue, while Merlin’s revenues from Brazil have now overtaken those from France.