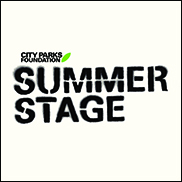 NEW YORK, (CelebrityAccess) — The City Parks Foundation announced that the 2017 season of SummerStage has been extended with the addition of four free shows, which will take place at the Ford Amphitheater at Coney Island Boardwalk in Brooklyn this September.

The 4-show run will kick off on September 8 with British singer Marsha Ambrosius and rising R&B singer-songwriter Ro James. On September 9, R&B performer Freddie Jackson and neo-soul star Angie Stone will perform at the Ford. Gospel sensation Shirley Caesar will perform on Sept. 15th, and PMD and Slick Rick The Ruler will co-headline with Black Moon and Smif N Wessun will serve up some old school hip hop on Sept. 187th/

The concerts are part of New York's SummerStage, a free concert series held primarily in Central Park, but at other venues in the city's five boroughs. As well, The City Parks Foundation also stages the free Charlie Parker Jazz Festival.

The 2017 SummerStage Festival is presented by Capital One Bank and sponsored by Boost Mobile. WBLS and WLIB are the exclusive radio partners of the Coney Island SummerStage performances. Financial support for the city-wide free concert series also derived from the City of New York the Brooklyn Borough President's Office, and the New York City Council.

Australia Throws A $250 Million Lifeline To Its Arts Community, Including Funding For Concerts And Festivals