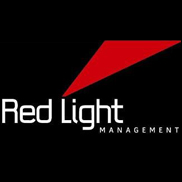 He will continue to be based in New York but will retire the Flatiron Management name.

“I am delighted to make my relationship with Coran and his team more complete,” Martinovich tells Billboard.biz, and says Mayers’ “talent and experience will prove to be indispensable for all the artists on our roster.”

Martinovich says he had pondered aligning with RLM before, but first had to personally reconcile the concept of label and management under one “roof,” a situation that exists for several RLM/ATO artists. “I never wanted to give MMJ or any of my clients the impression that I was doing something that was better for me than it was for them,” he says, “or that I was part of an organization that marginalized their singular importance to me, by virtue of the fact that I’m sitting on the same side of the table as the label.”

But, as time passed, Martinovich warmed up to that possibility he says, also citing the support of Capshaw and the band’s relationship with ATO marketing executive Sharon Lord. “She has become integrated into the fabric of the decision-making,” he says. “She’s not a functionary from a product management standpoint, she’s really involved. So as long as I can maintain my current staff and the environment that I’m accustomed to, why not?”

Mayers has worked as a festival producer, production manager, tour manager, and already co-manages Punch Brothers/Chris Thile with RLM’s Jason Colton. Martinovich says Mayers provides critical perspective for a hard-touring band like MMJ. “You can move much more fluidly when you have somebody working with you who has years of road experience, who has the trust of the artist, because he thinks like a crew guy,” Martinovich says. “He understands the human toll it takes to go on the road and do the things that seem so workable on a piece of paper when you’re setting up a record or doing a tour. If I’m going to be able to build a roster or even grow MMJ beyond their current size, having somebody like Eric involved and somebody with Coran’s experience [that I] consider to be a peer and mentor, it just made great sense.”

Flatiron Management previously had been aligned with Borman Entertainment, and Martinovich calls owner Gary Borman "a dear friend that I respect very much," and says he wasn’t actively seeking a new deal. “I didn’t go out and hang my shingle to see what was out there for Mike,” he says, adding that he weighed in with clients before taking the meeting with Capshaw, including MMJ front man Jim James.

Martinovich does see potential synergies and resources for both his clients and himself in joining Capshaw and a firm with some 200 artists, along with interests in branding, venues, festivals, labels, and other ventures. “In this order of priority, my first goal is to tap into the resources that Red Light has in the spirit of allowing My Morning Jacket to prosper and grow, as well as Pres Hall, Flight, or whomever I work with,” he explains. “In terms of ‘what’s in it for Mike,’ my success is a residual of their success. Would I like to diversity my portfolio? Sure. Am I interested in learning about other things I can do with my experience given the resources Red Light has to offer? Absolutely, but not at the expense of what my life’s mission has been, and that is to work with Jim and MMJ and the artists that have established me as a professional in music management. There was no other motivator beyond providing myself with some administrative stability and really just getting closer to the people that have already been supportive and passionate about MMJ. From there, I think great things can come both for my clients and for yours truly.”