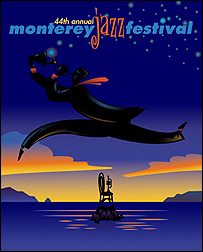 The Monterey Jazz Festival in Monterey, Calif., has signed a letter of intent to buy the 75-year-old State Theater from United Artists and turn it into a venue for live performances. However, before the deal can be finalized, the festival must raise enough money to pay for the building and resolve architectural issues.

Officials envision a 1,000-plus seat theater that could be converted to a smaller space. The theater opened in 1926 with 1,600 seats.

United will take the property off the market while Jazz Festival officials study the purchase.