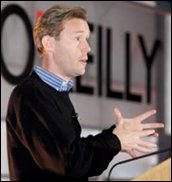 The decision is a partial victory MP3.com and MP3tunes founder Michael Robertson, but plaintiff EMI did prevail on several fronts. Now Robertson responds:

"Today a ruling was published in EMI v MP3tunes and it is definitely a victory for cloud music and MP3tunes’ business model after a multi-year litigation battle. Consumers can have confidence that they'll be able to…

store, play, and enjoy music using cloud-based services like MP3tunes. Those in the industry that are building or contemplating personal music service like Amazon, Google, Grooveshark and Dropbox will surely have renewed confidence in offering similar unlicensed services.

The Judge found "MP3tunes did not promote infringement." (page 18) which is important to note. We've always operated our music service in a responsible manner and because of that the Judge determined that MP3tunes has protection under the DMCA has a service provider for both MP3tunes and Sideload.com which is a music search engine. What started out as a case about 33,000 works has been reduced by about 99%. Few companies have been able to stand up to the record labels attacks and get rulings from the court on key issues relevant to the future of the internet music and this 29 page ruling will set new precedent if it remains standing.

In this case EMI alleged a long list of ways that MP3tunes infringed and nearly all of the arguments were rejected. EMI said that sideloading songs from net directly to personal lockers (like Google's new blog Magnifier is doing and Amazon's store is doing) was infringement, but the court found otherwise. EMI complained that our storage methodology of deduplication was infringing and that was rejected. EMI alleged that merely running a music search engine and linking directly to songs on the internet was infringement and this was not found to be true. EMI claimed that MP3tunes didn't do enough to stop repeat infringers and they were ruled against in this area. EMI's position was they could simply send a "representative list" of songs to a service provider and have them all removed which the court disagreed with. EMI said playing back songs from a locker was a public performance requiring a license and the Court saw otherwise. EMI said works prior to 1972 were not covered by the DMCA and the court rejected that argument and found that even older works fell under the auspices of the DMCA.

EMI initially alleged that MP3tunes infringed 33,000 of their works and this ruling cuts that list down 99% to about 350 works and and even then only in two narrow aspects. Even in those areas we would suggest that the facts are inconsistent with the court's ruling and are exploring appeal options.

Overall it was a enormous victory for MP3tunes and digital music compatriots like Amazon, Google, and Grooveshark. It wasn't a complete victory and it not a final ruling because there are outstanding issues and both sides can appeal, but we're prepared to continue battling for the last 1%. Let me know if you have specific questions."