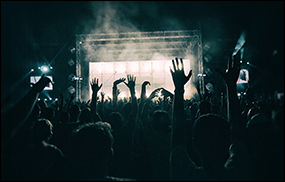 NEW YORK CITY (CelebrityAccess) — New York City has repealed and almost century-old restriction barring dancing in bars and clubs in the city if they do not have a cabaret license.

According to the New York Times, the City Council on Tuesday voted 41-1 to repeal the Cabaret Law and the bill is expected to be signed by Mayor Bill de Blasio, who has indicated his support for the proposal. After DeBlasio signs, the repeal will go into effect within 30 days.

“The mayor strongly supports repealing the law,” a spokesman for de Blasio told the New York Times, though he emphasized the need to retain some of its security requirements, including mandatory security cameras and certified security staff at larger venues.

The law, which was created during prohibition in the face of the proliferation of speakeasies, made it illegal to host “musical entertainment, singing, dancing or other forms of amusement” without a cabaret license.

The license was available, but the process of obtaining it was costly complicated and required approval from several agencies and only businesses in areas zoned for commercial manufacturing are eligible.

While the law has not been aggressively enforced since the Giuliani administration's crackdown on nightlife in the late 1990s, the law still presented a potential risk for venue owners.

Andrew Muchmore, a lawyer and bar owner whose bar, Muchmore’s, in Williamsburg, Brooklyn, was hit with a Cabaret Law violation in 2013 after a police officer reportedly found people 'swaying' to music at a concert.

“We couldn’t have entire genres — Latin music of any kind, electronic. We had to censor our music to make sure no one danced,” Muchmore told the New York Times.