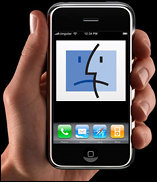 CHICAGO (Hypebot) – ComScore published its 2010 Digital Year in Review report. In their analysis of what Americans are doing with their mobile devices, listening to music didn't fare well, which is a nice way of saying that it ranked dead last.

Instant messaging is even more popular than music listening. And even if you make room for the fact that people listen to music while performing these other tasks, the usage statistics reveal that music listening isn't something people value on their mobile devices.

While music listening could also wiggle its way into the more popular category of using apps, it's likely that comScore stipulated that using apps and listening to music were different behaviors. Given that usage like taking photos, news and information, Web browsing, using apps, and e-mail will only grow, the meager 16% of people that use their mobile devices to listen to music isn't promising.

If you take a step back and realize that Spotify's business model depends on people paying money to listen to music on mobile devices, it doesn't appear encouraging that only 16% of people engage in the activity. Sure, many people still use their iPod Touch and keep their songs and phone calls separate, but mobile is supposed to be the future of music and that stat is quite low.

It suggests that even as the listening to music category grows, most people will only be tuning in while texting, browsing the web, and playing games. And as music continues its march to the background of people's lives, it also moves to the back of their wallets. If a user comes up short for a few months, texting, web browsing, and games will hold their place while Spotify or MOG is put on hold.

Soon enough, music will be the back, background to everything else. It's inevitable. Besides voice calls, the top mobile activities comScore reports are: