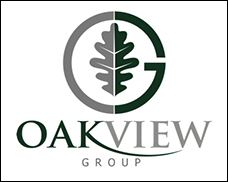 LOS ANGELES (CelebrityAccess) — Pollstar, a news and information source for the live events industry, has been acquired by Tim Leiweke and Irving Azoff's Oak View Group.

Oak View Group, launched in 2015, develops and invests in sports and live entertainment businesses. The company oversees Arena Alliance, a network of major sports venues, as well as consultancies for venue security; and sponsorship and branding opportunities; and venture capital investment. The company has also made some media buys in the sector, including Venues Today, and the technology blog Sports Techie.

“Pollstar has served our industry as a trusted and invaluable resource during an era where music and ticketing have evolved dramatically,” Azoff said in a statement. “Their insights and analysis are fundamental to the success of our business and we’re looking forward to growing the brand’s influence and impact for years to come.”

While the sale had been rumored to be in the works for months, news that the deal was finalized was disclosed by Messrs. Azoff and Leiweke at the VenuesNow conference in Beverly Hills on Wednesday, according to a report by Amplify.

Pollstar is best known for its print publication, as well as its websites, Pollstarpro and Pollstar, which provide entertainment industry news as well as subscription-based access to data for the touring industry. The company also stages a conference and awards show that sees attendance of more than a thousand industry insiders annually.

According to the New York Post, Pollstar’s long-serving editor in chief Gary Bongiovanni and CEO Gary Smith are both remaining with the company, though rumors suggest that might not be the case in the long term. It also seems likely that staff at both Pollstar and Venues Today will face some layoffs as the companies eliminate redundancies following the acquisition.

What the deal means for Pollstar's reputation as an independent news source going forward is an open question, with several industry observers noting that there are significant editorial conflicts with Oak View Group's direct ownership of the publication.

"I want to believe that everyone's intentions are good here, but Irving and Tim are large personalities with strong opinions. It's hard to imagine them not picking up the phone to try influence coverage about things that affect them. It's also hard to imagine that journalists that are now effectively Irving and Tim's employees will not take those calls and be influenced by them," one industry insider, who asked not to be named, told CelebrityAccess.

"I also worry that Pollstar will become more and more about the big players like Irving and Tim, and less and less about indie promoters and smaller venues and artists," he added.

Another unnamed industry source described the sale to the New York Post as "astounding" and expressed concerns about the independence of Pollstar's news and data following the merger.

“There will always be doubt,” the source told the Post.

Industry observers are also speculating on what the real play is for Oak View Group in buying Pollstar and the consensus seems to be that they bought it for Pollstar's profitable conference.

As well, the transaction will likely complicate Pollstar's relationship with AEG, who, per Amplify, provides an estimated $1 million a year in revenue for Pollstar, and are a key source of the performance data such as box office scores that help to drive the company’s subscription service.

Given AEG owner Phil Anschutz's apparently rocky relationship with Leiweke, who for years served as the head of AEG, but left in 2013 in the wake of a failed bid to launch a football stadium in Los Angeles, and the increasingly contentious rivalry over bookings at venues in major markets, it seems likely that the relationship between the two companies will be strained.

We’ve never been interested in, or attempted to make a play into the conference business. Our mission has always been about maintaining the most extensive database and offering the resources that allow industry professionals to efficiently accomplish their day-to-day business activities.

"Though some of CelebrityAccess’ and Pollstar’s features are similar, there has always been a significant delta relative to how deep and detailed our data is by comparison. As well as delivering the tools to easily leverage that data.

"I’ve always believed that by maintaining a conservative approach to industry politics and constantly staying focused on our core mission that CelebrityAccess would be successful in delivering value to our customers and that we'd always be there when the dust settled. We’ve always prided ourselves as being the "sleeping giant". That has been proven out by the thousands of loyal members, located worldwide, that have been with us for close to twenty years. Our core business continues to grow each year which is a testament to our commitment to that focus.

"I’m not sure how the Pollstar acquisition will play out within the industry politically, but I can assure you we will stay independent and never play to the benefit of one entity over another."