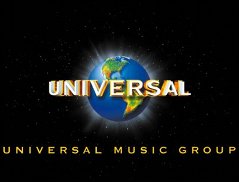 The major labels steal.  That’s their business model.  Do you think those interminable contracts are about protecting your rights?  What are the odds the same team is gonna be involved when you finally have some success and start questioning your royalty statements?  Which is why in the nineties, when recorded music revenues were still high, lawyers demanded huge advances, equal to projected royalties, because they didn’t trust the labels.  But now that revenues are down, so are advances and the artist is getting screwed.

It’s like prostitution.  You’re nowhere and the big bad pimp is giving you a chance at a better life.  And when you’ve finally realized what a bad deal you’ve made, it’s too late.  You’re used goods, indentured to the man who moved you one step ahead, but off the radar screen.

1. You make radio-driven hit music and your career is dependent upon it.  The majors control radio, you can’t have a hit without them.  But radio means ever less, and the formats other than Top Forty are also-rans paying ever-decreasing dividends.

If you make a deal with a major label:

1. Try to make the term as short as possible.

2. Delineate clearly in the document what revenues are per digital download and digital stream.  That’s a new area, write off CD accounting, that’s like trying to change the stats in a baseball book.  Digital data is clear, it’s harder to fudge, make sure the label gives you access to it.

3. Know that you’re selling your soul for fame.  They’re investing in you for their profit, all you’re gonna get is notoriety and some money, certainly not all you’re entitled to.  Fame pays dividends in personal appearances and endorsements.  Try to keep these out of the deal. Because then they’re stealing from you in these areas too.

4. Try to have as much success independently as possible before you sign.  It gives you leverage, the deal will be less heinous, but you’ll still get screwed.

You can make it without the major.

1. You can sell via Tunecore or Bandcamp.  They’re both more trustworthy than the label.

2. You can market online for free.

3. You can do whatever you want artistically, record and release every day or every ten years, it’s your choice.

4. Agents make deals with acts that can sell tickets.  Sell tickets, you get representation.  They don’t care if you’re signed to the major label.

5. Fans are your label.  They’re your sugar daddy.  They’ll keep you alive, they’ll keep you going.  Build a relationship with them by giving them attention and free goods (fans buy the most product, who do you think is buying the $250 packages on Topspin?)  The odds of every one of your fans dropping you the same day are nonexistent.  The odds of your label dropping you are…very high.  But they’ll only do it if you’ve got no success.  If you make the label money, they’ll torture you, consider yourself in prison, one where the guards roam at will and get fat and you’re locked in a cell eating gruel.

Where does this leave the major labels?

This disingenuous model won’t survive.  Google Analytics is detailed and free and you can’t get an accurate report on the music you’ve sold, never mind get paid?  The labels are isolating themselves, they’ve got a bunker mentality, it didn’t work well for Louis XVI and it won’t work well for them.

If labels want to survive, they need transparency.  And deals must be fair.

But if deals are fair how will the execs live such lavish lifestyles?

They’re living those lifestyles on your money.  Why is it the execs are always richer than the acts?  Without the acts they’re nothing!

Then again, the acts tend to be like those willing teenage girls in Eastern Europe, without a pot to piss in, signing away their lives in the dream of something better, because they know the path they’re on is drudgery.

Which is why the best and the brightest are not in music.  They’re in finance or tech.  Where the rewards are greater, where you’ve got a better chance of being in control of your own destiny.

How do we solve indentured slavery prostitution?

I’m not sure we ever can, not without more economic opportunity for these girls to begin with.

But at least people are debating this issue, they’re trying to help.

Meanwhile, the labels keep bitching and the press and the government eats it up.  Saying they’re protecting the artist.  Such horseshit.

If you don’t know the labels steal then you’re not in this business.  But the problem is not so much them as it is you.  No one is forcing you to sign on the dotted line.  But you think if your record comes out on Universal or Warner Brothers, you’ve made it.  But there’s no label on a digital download, and just because a product is in the supermarket that doesn’t mean it sells.  And today the supermarket is worldwide, stuffed with tons of goodies.  The avenue to success is not making a deal with the devil, but being really good.  Because if you’re really good the Net can focus attention on you in a heartbeat.  But this usually happens years after you’ve started, when you’re finally in the groove, when you’re worthy of the attention, long after the major label would have dropped you and you would have quit in frustration.