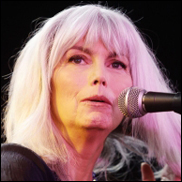 SYDNEY (VIP NEWS) — Crowd numbers are believed to have fallen short of the forecast 250,000 people, but organizers have hailed the Sydney Festival in Australia named First Night as a success.


Tens of thousands of people flocked to the free festival on the first night (Saturday), spread between the Domain, Hyde Park and the eastern edge of Sydney's CBD.


The line-up included the main attraction, US country star Emmylou Harris, while at Martin Place, Arrested Development gave crowds a taste of rap.


"Last night was a huge success," Acting Premier Carmel Tebbutt told reporters on Sunday of the opening night of the three-week festival.


"The crowds were enjoying a wonderful, wonderful evening here in Sydney. The night went virtually without any incident, a great success, a great tribute to Lindy Hume, the festival director. I congratulate Lindy and her team who have worked very, very hard to bring this successful festival to Sydney."


The festival runs until January 30 and is expected to attract more than a million people.


"It's an event that brings together people of all ages, all backgrounds, all social environments, and says, `This is your city in summer' and that's what we're very proud of," Ms Hume told reporters.


She said ticket sales had been strong, but there were still opportunities for people to enjoy the festival.