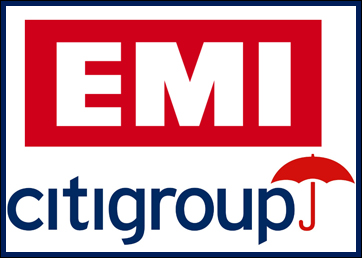 This is not a music story.

We haven’t had that spirit here since 1969. Since the conglomerates bought the indie labels. Because there was so much damn MONEY IN MUSIC!

But no more. Whose fault is that?

If you don’t think that the Internet is the best thing that ever happened to music you don’t have a connection. Suddenly, the history of music is available at your fingertips. And it’s only free because the rights holders refuse to embrace a model that comports with consumption. It’s like Verizon insisting everybody keep their landline and demanding that people still pay a grand for a cell phone and a buck a minute for calls. I thought music was about innovation and change. Not at the label level. Then again, the execs never made the music anyway. It was concocted by a bunch of uncontrollable renegades following their muse, not the money. And now the execs are in charge and the "artists" will do whatever they say. The public has revolted. There was no violence, but they destroyed Tower Records, decimated the CD and the major labels’ bottom line. And for this we should be thankful. Because you can’t have the new unless you get rid of the old. In other words, how in the hell are we going to have innovation if Doug Morris is still in charge?

Ignore the hype. Citi is not in the business of holding on to assets. And they’re not ignorant, unlike Vivendi. They want to sell. At the highest price. And you don’t get the highest price by saying you want to unload immediately. That’s Negotiation 101.

And there are only two buyers. No independent is that ignorant after Guy Hands’s disaster. You need expertise to manage a music company. Which is one of the reasons Roger Faxon will go. Whatever expertise he has is in publishing. As for Warner keeping him on… They don’t want a cock in the henhouse, they don’t want anybody agitating for change. Edgar and Lyor are old school. Devious with a lack of transparency. They don’t want the likes of Roger in the vicinity of their cash cow. Roger’s gone if Warner buys EMI Publishing, which it probably will. After all, what’s a record company without a publishing company?

Bertelsmann realized this. Which is not only why they sold their record company to Sony, but they want back in. Without the label.

Who’d want a label? The glamour is in new music, but that’s a terrible business. You invest tons for a meager return. One in ten projects hits and you make a tenth of what you once did? Who’d sign up for that? If I ran any of these companies I’d shut new music down. The value is in the catalog.

Which is what Warner knows. They want to get their hands on the Beatles and the Beach Boys and… No one exploits this stuff better than Warner. Universal is all about new product. Thank god Doug is gone, he had it all wrong. We’ll see if Lucian can correct this. Maximize what you’ve already got.

So Warner can’t have both publishing companies. IMPALA will freak out and hold up the merger. But they can probably have one. And EMI is better than theirs, Warner/Chappell. So they sell Warner-Chappell to KKR/Bertelsmann.

Let’s say I’ve got this all wrong. Let’s say Warner sells everything to KKR and cashes out. Who gives a shit. Bottom line, there’s going to be one less major label. And don’t lament that you won’t have anywhere to sell your crap music, think about the opportunity! EMI is going down not because of bad management, not that management was that good, but because it’s a bad business. Why should we sustain bad businesses? The newspaper does not deserve to live. News does, but not the paper.

We’re cleaning out the dead wood for the revolution. And in the new era it might not be about recorded music, but touring and merch and… And this revolution is about acts being in charge of their own destinies. Wilco just went independent. They looked at each other and said WHY SHOULD WE GIVE WARNER ALL THAT MONEY! Wilco sells their music, not the label. The label can just get you on TV and radio, and neither wants Wilco.

And OK Go generates plenty of revenue with licensing. Enough to feed a bunch of mouths. But not all those at EMI. You see bands don’t throw off enough money to support the old scale. There will always be a few superstars, but not many. And those superstars will want to do it for themselves, in their own vision.

So if you’re looking for a mommy or daddy to suck up to… Those days are through. You’ve been emancipated, you’re on your own, sink or swim on your talent and ingenuity.

This is a business story. How a financier was so dumb he thought he could run a creative enterprise when he didn’t even know its value. How a bank ended up with tons of debt when it couldn’t find anybody to sell it to when the market crashed. Write this up in "Fortune", but it’s not suitable for "Billboard". Is "Billboard" still in business?