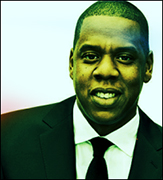 This is all over social media. Because hip-hop is a culture of informed fans. This is akin to the early days of file-trading, when albums leaked, were determined to be substandard and tanked upon release, can you say Lenny Kravitz?

The fans have been abused by the promoters and acts for decades.

Now the fans are fighting back.

As it is, many of the initial sales are to brokers anyway, despite Ticketmaster's hoopla about Verified Fans, it doesn't work, but don't expect the media to divine that, no the solution is dynamic pricing, otherwise brokers would be scalping airline tickets.

Stones tickets don't get scalped, and they've got the highest grosses around. Because they sell the tickets for what they are worth, and they flex price them accordingly, if demand is low, they drop the price.

Maybe Jay Z's nosebleed seats should have been ten bucks to begin with. No one wants to sit in the upper deck. Sure, with some hot acts it's enough just to be in the building. But if it's a legacy act…

That's right, Jay Z is a heritage artist. Once again, don't judge heat by the manipulated mainstream press, go to the Spotify Top 50 to see what people are really listening to. Jay Z was so busy propping up his lame gonna die Tidal that he held the album back from Spotify, but it never really penetrated anyway, because the audience has turned over, it is young.

This is the biggest story in music and one the old farts want to deny. They've been so busy bitching about streaming they missed the memo. Streaming is saving the business, did you see Sony's numbers? But it's saving a whole different set of acts, mostly hip-hop, who got on the streaming bandwagon early.

This even seems to be biting Taylor Swift in the ass. Her new track "Gorgeous" is not in the Spotify Top Fifty. And she may still do good business, but those multiples…

You see you live and die on the hit. Unless you're not playing the hit game at all, like the classic rockers. But if you're Katy Perry…

Whose tour is also soft. And there has been publicity about it. But the pop network is not as good as the hip-hop one.

So people will rush to buy tickets…

Then again, that's been stopped to a degree. Because many people don't want to pay in advance, they don't want to sit in their underwear on Saturday morning, they'd rather overpay a week before when they know they want to go and can choose their seat. Kinda like the World Series. You could get a ticket right before the game. But those tickets were expensive, and owned by brokers.

So the brokers are taking a hit on bad seats at concerts. But they cover the spread with good ones. Yet acts play to arenas with thousands of empty seats and it ruins their image, and next time around people don't rush to buy so fast.

And could it be that Jay Z has gone to the well too many times? This is happening in the country world, acts are touring endlessly, to diminishing returns.

So what we have is an information war. Once fans see that often the on sale is fictitious hoopla, they'll hold back.

We need a better system.

The fans are revolting the same way they did with Napster, when they refused to overpay for an album with one good track. Everybody said the fans were thieves but the truth is they were sophisticated and portending the future. Same deal here, the future is more information, not less, obfuscation is gonna fade. We need a better pricing model.

As for getting fans in cheaply, go paperless or forget it.