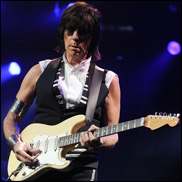 I can’t fall asleep, I ate too much pastrami.

That’s a birthday tradition. A movie, a sandwich at Langer’s and a hot fudge sundae. Although it didn’t go down exactly that way today. You see the movie was too long to make it to the gig so we went to the movie first which meant Langer’s was closed by the time it was over so we went to Brent’s in the Valley and then downtown. Langer’s pastrami is hand-cut, they say it’s the best in the nation, but now that the neighborhood’s turned so bad, they close at four, and everyone tells me how great Brent’s is, and it is pretty damn good, but it’s thin-style/machine cut meat. But it’s still pastrami. And that leads to thirst and indigestion.

We went to see "The Girl With The Dragon Tattoo". Salander was just a bit too pretty for my taste, and a bit too tall, but the movie was very well done, although a tad unsatisfying, since I knew what was going to happen, having read the book. But it made me want to go to Sweden. Live out the bleak winter. With all that white snow and bitter cold. The blast of heat upon coming indoors. It’s so refreshing.

And like I said, from the Westside to the Valley and then downtown for this Jeff Beck show at the Grammy Museum for two hundred people.

You should have been there. To see Jeff tapping, putting Eddie Van Halen to shame. And the band was so locked in! The drummer was incredible and when the keyboard player showed his jazz chops during the interview segment, his versatility was astounding, like Jeff said, he could PLAY!

Yes, there was an interview segment after Jeff not only played songs from the new album, but "A Day In The Life" and BRUSH WITH THE BLUES! My all time favorite Jeff Beck song.

And Jeff had some interesting things to say. About how the records we love most were done in a fit of pique, in one take, how we’ve got all this technology today, but it actually works against us. And then he said artists repeat themselves out of cowardice. And that he started in ballrooms, where he never got paid. Ain’t that interesting, the best rock guitar player of all time (he said Segovia is the best GUITARIST of all time) started off playing for free and the hacks working harder at social networking than music are whining "where are the bucks?" And he ragged on the critics too. Saying he doesn’t win things. And when a questioner from the audience said that he plays slide in G, Jeff put him down to the point where the whole audience was aghast, then laughed. WHO CARES?

Yup, who cares about the wannabe. We’ve only got time for excellence.

And the most fascinating bit of insight came as a result of another audience question, another guitar player asking…why does Jeff no longer use a pick?

Because the great rockabilly players, the great Segovia did not. It gave you options, you could play triplets, and it was clearer than ever at this point that the man in the sleeveless outfit might be a star, but first and foremost, he’s a MUSICIAN!

In an era of "Idol". And "X Factor". Those shows build train-wrecks, so that old men can make money. But being a musician, you’ve got to do it for yourself, there may be no other reward.

To see these four musicians on stage, watching each other, playing in harmony, playing in tune, was the antithesis of what we hear on Top Forty radio. This wasn’t producer-driven. The music was not built piece by piece. It was organic. Alive. And if you didn’t hear it tonight, you never heard it at all.

And when it was all over, we went upstairs for the hang. I’d like to say the conversation with Jeff was pithy and insightful, but it takes hours for these musicians to calm down from delivering, although he did riff with Felice about playing "Moon River" and "Peter Gunn".

And when it was all over, I roamed the halls of the Grammy Museum. They had Neil Diamond’s outfits. The ones from the front and back covers of "Hot August Night". Utterly shocking. Like entering King Tut’s tomb. And a Post-it with a handwritten note from the man himself saying he traded in his Martin D-18 for this Everly Brothers Flattop Gibson, upon which he wrote "Cherry Cherry", "I’m A Believer", "Red Red Wine"…all the hits you know and love.

He started nowhere. On a fencing scholarship at NYU. He formed a songwriting partnership with Jeff Barry and Ellie Greenwich. And then he made it.

Do you know how hard it is to make it?

Just imagine, you’re broke, your family doesn’t understand you, you move to San Francisco, develop a new family and suddenly…

That was the most poignant moment of the evening. Seeing the handwritten notes from Janis Joplin to her family. Pages long, talking about Ralph Gleason rave reviews, the $15-20,000 offers from major labels. Trying to bridge the gap between daughter and mother with evidence of a success her parent just couldn’t understand.

And they had Janis’ painted Porsche. And an unretouched photo showing her acne scars. She wasn’t beautiful, but boy could Janis sing. That’s what it used to take, talent. But talent wasn’t enough, Janis made it, but the drugs killed her. How can you go from being an alien, an outcast, to being everybody’s favorite? You were nobody, now you’re somebody. Difficult for a poorly-adjusted kid to cope with.

And seemingly all the stars of yore were poorly adjusted. Start with John Lennon. And put Jeff Beck in there too. But man can he play. And when he walks his fingers down that fretboard, when he picks those notes, when he works the whammy bar you can hear all the joy, alienation and frustration of the life he’s led, he speaks through his instrument, and you’re touched deep inside, you say to yourself, this is exquisite, this is life itself.