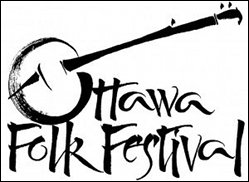 OTTAWA, Ontario (CelebrityAccess) – Ottawa Folk Festival organizers decision to move the event to Hog’s Back Park seem to have been the right call.

According to festival organizers, attendance at the festival this year is projected to top the record of 50,000 that the event set in 2013. Pre-sales for the festival are up 20% and attendance has been steadily increasing since the RBC Bluesfest team took over management of the event and effected the change of venue in 2011.

“Ottawa music fans have responded positively to the direction we’ve taken the festival in recent years, including the new site at Hog’s Back Park,” says the festival’s executive/artistic director Mark Monahan. “We’re very pleased with the support, but it’s essential we ensure that everyone enjoys the experience. Since we anticipate a younger crowd for Foster the People, Lorde, J. Cole and a few others, we’ve arranged a drop-off and pick-up area at the intersection of Hog’s Back Road and Riverside Drive so parents can plan to get their kids there and home safely. Also for safety’s sake, Hog’s Back Road will be closed 8 p.m. to midnight from Colonel By to Riverside for pedestrian traffic,” added Monahan. A taxi stand will also be available on Riverside near Hog’s Back Road.

Festival organizers also announced some last minute additions to the festival's lineup with Devon Cuddy, Dear Rouge, and local acts We Are Munro, Lucky Ron, and The Peptides slated to play at the event. The festival takes place this year from Sept. 10th to Sept 14th, with Ottawa band Timekode kicking the festivities off. There will also be a Cape Breton Embassy Party with a number of fiddlers and east-coast bands on Thursday and Friday, and the Halifax-based R&B band the Mellotones performing during the weekend. – Staff Writers