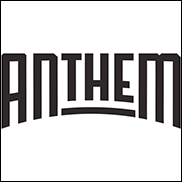 WASHINGTON, D.C., (CelebrityAccess) — On the heels of announcing the Foo Fighters, Lorde and LCD Soundsystem as some of the first shows to take place at their brand new D.C. venue The Anthem, promoter I.M.P. has dished a new round of artists lined up for the fall.

The six newly-announced acts include Phoenix, St. Vincent, Queens of the Stone Age with Royal Blood, Courtney Barnett with Kurt Vile (and The Sea Lice), Kaleo with ZZ Ward and Zedd.

"We've been real picky about what we're booking," said Seth Hurwitz, chairman of I.M.P. and co-owner of The Anthem and the 9:30 Club. "The Anthem is not going to just be for artists that sold out the 9:30 Club. There needs to be a sense of importance for the acts that play here. We've probably said no to 10 times more acts than we've booked. I believe we need to curate — but that's what we do with all our venues. As they say in music, it's what you don't play that's as important as what you do."

The Anthem is set to open on October 12th with a show by the Foo Fighters. The up-to-6,000 capacity venue is under construction as a part of The Wharf, a waterfront mixed-use development by real estate developers PN Hoffman and Madison Marquette.