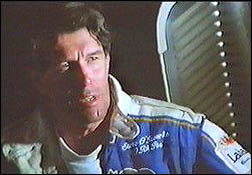 (CelebrityAccess News Service) – Long time Pink Floyd manager Steve O'Rourke died on October 29 from a stroke at age 63. While Pink Floyd has been inactive for almost a decade, O'Rourke managed the group's affairs as well as the solo careers of Dave Gilmour, Nick Mason and Rick Wright.

"We mourn the loss of one of the music industry's most respected and beloved managers. Our thoughts are with his wife Angie and his family," EMI said in a statement.