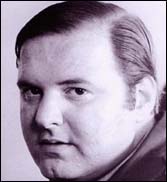 NEW YORK (CelebrityAccess MediaWire) — Storied innovator, talent agent and promoter Frank Barsalona, who booked the first U.S. tours of British invaders such as The Beatles and The Rolling Stones; and who helped to shape the concert industry, died at his Manhattan apartment on Nov. 22nd. He was 74 at the time of his passing.

While not well-known to the general public, Barsalona was a legend in the industry, representing a roster of clients that included Led Zeppelin, Jimi Hendrix, Bruce Springsteen & the E Street Band, U2, Tom Petty and the Heartbreakers and many others.

A native of Staten Island, Barsalona worked his way through Wagner College on Staten Island and St. John’s University in Queens. His sister told the New York Times that Barsalona inherited his love for Broadway show tunes and country music from his father and that he yodeled for a time in a country-western band.

Barsalona got his start in the industry in the mailroom of New York-based talent agency General Artists Corp but soon rose to the rank of agent where he worked with Sid Bernstein for clients such as The Stones and The Beatles in their first tours of the U.S.

In 1964, Barsalona launched Premier Talent, the first agency to focus on rock acts. Through Premier, Barsalona developed a network of regional promoters across the U.S. such as Bill Graham in California and Don Law in Boston that allowed developing artists to tour on a national level and reach new audiences outside of the traditional label-driven system.

“You cannot exaggerate the role Frank played in creating the infrastructure of the rock ’n’ roll world as we know it today,” guitarist Steven Van Zant told the New York Times. “It was his unique vision that rock ’n’ roll was here to stay, and that it wasn’t just going to be about records, but about how good a band plays live.”

Barsalona retired in 2002 after selling Premier Talent to the William Morris Agency. In 2005, he was inducted into the Rock and Roll Hall of Fame, and remains the only talent agent to be so honored.