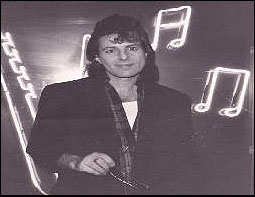 Former long-time Laurel Canyon resident (1968-2001), Len Fagan, who was booking director of Canyon-adjacent Rock nightclub, The Coconut Teaszer (1987 – 2000), is back in the music scene again, after recovering from a severe and protracted stomach illness.

“I believe Platinum Live will soon become known as the premiere club of its size in the entire L.A. area,” said Fagan. “No rock club anywhere around here can compete with their amenities. Linens on the tables, chairs more comfortable than those in most any restaurant or one’s home, for that matter, gourmet cooking, 5.1 digital surround a sound. The bathrooms are presidential, there is parking available adjacent to the club, and they have a huge staff that strives to meet both customers' and the performing artists' needs. Respected music producer, Greg Ladany (Don Henley, Jackson Brown), also built a state of the art recording studio adjacent to the stage, so a band can have a recording of their performance that is of the highest quality and a potentially releasable product.”

Len believes that it will take till the end of the summer for the industry to recognize the value of this new facility.

In the 60’s PLATINUM LIVE was known as the Cinnamon Cinder, owned by Bob Eubanks (the same club that the Beatles held their infamous press conference at), as well as having artists like the Yardbirds, and other popular artists perform at. In the 80’s & 90’s the club was known as the Sasch, where Mick Fleetwood’s band The Zoo held a residency.