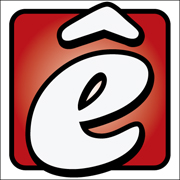 PROVIDENCE – The Providence nightclub Fete has been been temporarily shuttered following a brawl and shooting.

According to NBC News, police were called to Fete on Sunday after 1 a.m., due to reports of a disturbance. During their investigation, police determined that a fight had taken place outside of the club, during which several gunshots occured.

Police said a 22-year-old man was treated for a gunshot wound at Rhode Island Hospital. No arrests have been made.

In a hearing on Wednesday, the Providence Licensing Board ordered that the be closed for a period of 14 days, to be spread out during October, including the Halloween weekend. The board also imposed a mandatory police presence at the club during the weekends.

During the hearing, Providence City Councilwoman Sabina Matos advocated for the club, saying: "Fete has been a good addition to the neighborhood. They have brought in good events,"

Club co-owner Donald King said that the venue wants to work with the city to quell violence.

"We've complied with the police and we want to work with you however we can to stop this at Fete, at any club in the city. And I want this to stop happening in neighborhoods," King said during the hearing.