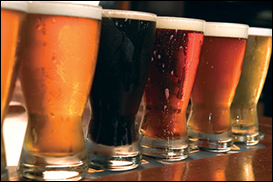 QUEENSLAND, Australia (CelebrityAccess) — Club operators in Queensland are facing tough new regulations as the Australian state looks to crack down on alcohol-related violence.

According to the Brisbane Times, the new rules would impose a 1AM lockout and a 3AM shutdown for clubs. The rules would also require clubs to stop serving alcoholic shots after midnight.

As well, repeat offenders can be banned from entertainment areas across the state and police would be given the authority to breathalyzer people they suspect of being intoxicated and disorderly. Venues that violate liquor laws would be subject to prosecution.

At present, Queensland venues currently have a 3am lockout, when the must close their doors to new customers.

Club owners and fans of nightlife in Queensland object to the new rules, with some suggesting that they will not address the problems they are aimed at.

“It is a reaction to a problem which will not go away if some venues close earlier,” Nick Braban, the head of trade association Valley Liquor Accord told the Brisbane Times. “Anti-social behaviour is a cultural problem, not an operational one. People will still engage in poor behaviour because of societal attitudes to drinking. Our concern is that closing the Valley down will simply kill small business, the majority of which are helping to change how adults consume alcohol by offering a quality over quantity experience." – Staff Writers