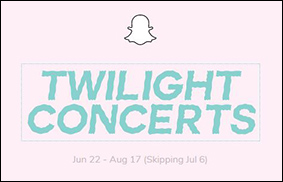 SANTA MONICA, CA (CelebrityAccess) — The Santa Monica Pier's free Twilight Concert Series held its inaugural event for its 2017 season on June 22nd with a show by Khalid and Bibi Bourelly, the event recorded record attendance figures with more than 50,000 people in attendance.

According to the Santa Monica Daily Press, Santa Monica Chief of Police Jacqueline Seabrooks said that the scale of the event may pose a risk to the community and outstrip the ability of local safety officials to cope with it.

“With 50,000 people in a small footprint, it only takes one person to do something sideways that has the ability to impact the city of Santa Monica and the surrounding community for years to come,” Seabrooks told the Daily Press. “I am concerned in my professional capacity, this has gone way beyond the capabilities of Santa Monica Police Department and its law enforcement partners and EMS partners…”

Organizers for the event downplayed the potential safety issues, noting that planning and private security had sufficed to keep event attendees safe.

“I think what was successful about last night is that we’ve been working for months with City departments, our producers, private event staff and security to make plans for the series and that planning and preparation paid off last night with calm collaborative action that kept the night running as smoothly as possible given the large crowd,” Jay Farrand, executive director of the Santa Monica Pier told the Daily Press. “Additionally, we knew that the crowds were going to be very large for weeks in advance and had many meetings with public safety and our event staff and security to prepare, including making extra signage, hiring extra security and ushers, and more.”