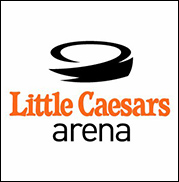 DETROIT (CelebrityAccess) — An electrical worker died after an apparent 75-foot fall from a catwalk at the still-under-construction Little Caesars Arena in Detroit.

According to the Detroit Free Press, Deputy Detroit Fire Commissioner David Fornell said the 46-year-old man had suffered a cardiac arrest when paramedics arrived at the scene. The man was transported to a Detroit hospital, but was later pronounced dead.

Fornell told the Free Press that says that witnesses say the man was an electrical worker and appeared to have fallen from a catwalk.

Fornell said the man was not a safety harness when paramedics arrived, but noted that his protective gear could have been removed by co-workers then they started to administer CPR.

"A serious incident occurred at the job site today. Our thoughts and prayers are with the individual and his family. We are gathering more information and additional details will be provided when appropriate," the statement said.

Work on the site is on hold.

“Our thoughts, condolences and prayers go out to the family, friends and co-workers affected by this tragedy. We lost a member of our crew today, and it is an extremely sad and difficult time for our entire organization and for the many dedicated men and women building this project. The safety and security of everyone on our job sites remains our highest priority, and more information will be shared as it becomes available throughout the investigation.”

The arena will be home to the NHL's Detroit Red Wings and the NBA's Pistons. It is slated to open this fall.