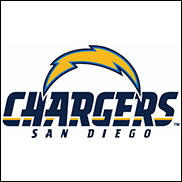 Measure C would have raised $1.15 billion from increased hotel occupancy taxes to help underwrite the proposed $1.8 billion stadium complex, according to the Associated Press. The measure, which needed a 66.7 percent yes vote to pass, only mustered support from 43% of voters.

The team's bid for a taxpayer help for their new stadium was likely hampered by their aborted attempt to relocate to join with their rivals the Oakland Raiders to build a new stadium in the Los Angeles suburbs of Carson.

According to the Associated Press, team chairman Dean Spanos released a statement on Wednesday addressing the defeat: "So I'm going to put aside any discussion of our possible next steps until after the season, to allow everyone to focus on football and to give my family and me time to think carefully about what is best for the future of our franchise," Spanos said. "Over the coming weeks, you may hear news about steps that we must take to preserve all of our options. But please know that I don't intend to make any decisions until after the regular season ends."

The Chargers have four home games left, including the finale on Jan. 1 against Kansas City and Spanos has until mid-January to exercise their option to join the Rams in a stadium in Inglewood. However, the stadium will not be open until 2019 so the Chargers would need to find a temporary home until then.

Spanos has noted that he is interested in keeping the team in San Diego, his surrogates have repeatedly muddied the waters by suggesting the team could decamp to Los Angeles. The Chargers have been agitating for a replacement to for their current home Qualcomm Stadium, which originally opened in 1967, since 2000. – Staff Writers