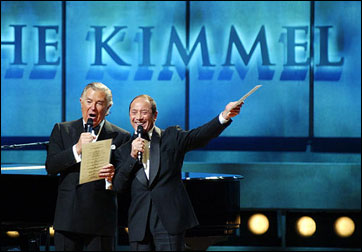 Veteran producer Sidney Kimmel (9 1/2 Weeks, Clan of the Cave Bear, The Emperor's Club) has formed Sidney Kimmel Entertainment in Beverly Hills, expanding his New York operations. Concurrent with its expansion, the company has hired key personnel and is committed to financing up to 10 independent, theatrically released features per year with mid-range budgets.

"My decision to expand my operations to L.A. [Beverly Hills] have to do with my desire to be intimately involved in the development, production and financing of features, and to take a more creative role in the process," said Kimmel, who has produced films for over 20 years and is also well known in the fashion industry throughout the world. "I have long wanted to dedicate more time to the film industry and I'm grateful to have found the right team as well as the right balance between our work in New York and in Los Angeles."

With one film in production and two in the later stages of pre-production, Sidney Kimmel Entertainment projects include:

** Trust the Man – Comedy/Drama to be written and directed by Bart
Freundlich. The film is currently in pre-production and will begin
shooting on November 1, 2004. The company is currently in
negotiations with Julianne Moore and David Duchovny to star.

** Alpha Dog – Youth-oriented drama written and to be directed by Nick
Cassavetes, produced by Sidney Kimmel in association with A-Mark
Entertainment and to be distributed by New Line Cinema. The project
is currently in pre-production with an October 25th start date.

Kimmel is the founder of the Sidney Kimmel Foundation and its subsidiary, the Sidney Kimmel Foundation for Cancer Research, and is one of the nation's largest individual donors to cancer research. In addition, he has been very active in philanthropy benefiting his hometown of Philadelphia and Jewish education and continuity. He recently oversaw the opening of the Kimmel Center for the Performing Arts in Philadelphia. Along with his interests in filmed entertainment, Kimmel is a partner in Cipriani International, the acclaimed international restaurant and catering establishment, and is a part owner of The Miami Heat.

Salke, who will oversee business development for Sidney Kimmel Entertainment, is a former CEO of Sherwood Productions, and was involved in the financing and production of such films as War Games, Mr. Mom and Blame It On Rio. Grasic joins Sidney Kimmel Entertainment as executive producer of the Toronto hit Crash. She brings her extensive expertise to the company in the areas of feature film financing, packaging and producing. Nicolaides has experience in all areas of physical production having worked at both Touchstone Pictures and Buena Vista Pictures, overseeing many productions including several Miramax pictures. In addition, Rick Hess of CAA has represented Sidney Kimmel Entertainment and its current slate of film projects.

Sidney Kimmel Entertainment is located in the Union Bank building at 9460 Wilshire Boulevard in Beverly Hills, and at 250 Hudson Street in New York. –Jane Cohen and Bob Grossweiner