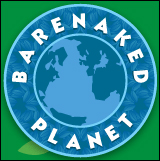 ATLANTA (CelebrityAccess MediaWire) — Sixthman has partnered with Barenaked Ladies, Reverb and NativeEnergy, as part of the Barenaked Planet project, to “green,” or minimize the overall environmental impact of Barenaked Ladies’ Ships & Dip cruise, which sailed January 15-19 on the Carnival Legend. Barenaked Planet is the band’s way of addressing the serious threats of global warming, industrial pollution, forest destruction, overdependence on oil and a host of other challenges.

Reverb, known for partnering with major recording artists to green their concert tours, and NativeEnergy worked with Barenaked Ladies to green the band’s first multi-day music cruise. During Ships & Dip, the greening program included the calculation and neutralization of the cruise’s carbon dioxide (CO2) emissions, greening education and eco-tips for passengers, seminars and workshops and the use of eco-friendly and non-toxic products.

The efforts of Sixthman, Barenaked Ladies, Reverb, NativeEnergy and the fans to offset carbon emissions exceeded the initial goal by a great margin, tripling the goal of making the cruise carbon neutral, which included neutralizing the carbon emissions for connecting flights and drives to the cruise. Over 3,250 tons of CO2 were offset, which is equivalent to more than 6,514,600 miles not driven in a car, or keeping 543 cars off the road for a year. Another way to look at this accomplishment is, the total amount of CO2 that was offset equals approximately the same amount of energy use at more than 300 amphitheatre shows. In addition to the carbon emission offset program, other Eco-Efforts on board the ship included recycling of aluminum, glass and plastics; use of china and cloth napkins; use of compostable corn plastic straws; regular toilet paper on the ship was replaced with Seventh Generation post-consumer recycled toilet paper; and all coffee on board was replaced with organic, fair trade Green Mountain Coffee Roasters. Many eco-friendly and non-toxic products were also featured on the cruise, including Alba Sun Block and Moisturizer and Stonyfield Farm Shift SPF Lip Balm.

While on Ships & Dip, the fans were also given many opportunities to educate themselves about the environment and greening opportunities. Some of these include: A movie screening of An Inconvenient Truth, including a follow-up panel discussion with Lauren Sullivan (Reverb), Adam Gardner (Guster) and Brian Allenby (NativeEnergy); Reverb TV channel showed eco-themed documentaries and programming, which included Earth to America, Too Hot Not to Handle and Kilowatt Ours and was available in all cabins; A renewable energy workshop was held with Brian Allenby of NativeEnergy ; Daily eco-tips from Grist appeared in the ship’s newspaper, The Carnival Caper; An Educational Eco-Lounge was set-up in a high traffic area on the ship; The RenewUS movie played on a loop in lounge and a sustainable wine tasting seminar was held with Steven Page of Barenaked Ladies.

“As rock cruises are getting more and more popular, Reverb felt it was important to do our best to minimize the environmental impact while engaging the ‘captive audience’ on the ship to increase environmental awareness and support,” stated Lauren Sullivan of Reverb.

“NativeEnergy is very excited to have been part of this great event,” says Brian Allenby from NativeEnergy. “By helping build renewable energy projects, the artists, fans, Sixthman and Reverb not only helped reduce CO2 emissions on the Ships & Dip cruise, they are helping build a cleaner, more secure future for all of us.”

With the success of the greening program on Ships & Dip, Reverb will create another program for Ships & Dip III, which leaves Miami’s port on January 27 on Carnival Victory, headed to Grand Cayman and Jamaica, returning February 1. In addition, Reverb will begin working with the cruise industry at large to help them lessen the environmental impact on the world’s oceans.

“Everyone at Sixthman was excited to work with Barenaked Ladies, Reverb and NativeEnergy on the greening project,” said Andy Levine, partner, artist/vendor Relations & Operations – Sixthman. ”Knowing that everyone’s contributions to the project, especially the fans, helped lessen our collective impact on the environment is a great feeling.”