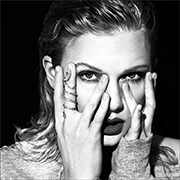 MINNEAPOLIS (CelebrityAccess) — When tickets for Taylor Swift’s tour went on sale via Ticketmaster’s Verified Fan pre-sale program, the complexity of the system and the high ticket prices have pushed some would-be concertgoers out of the market.

Swift employed Ticketmaster’s Verified Fan program in an effort to stave off ticket scalpers, but the program requires fans to jump through digital hoops, such as liking Swift’s social media posts, watching her videos, or buying digital copies of her music in order to boost their place in line. When those fans were finally given their scheduled hour-long ‘window’ to purchase tickets, many were shocked by the prices.

One such ticket buyer, Lance Schwartz of Mankato, Minn., was attempting to buy tickets for his teenage daughters (that’s what they all say) but passed on the opportunity when he saw the price. Schwartz told the Minneapolis Star-Tribune that after he declined ‘boost’ his ticket purchases, he was left with the option of buying a $447-plus VIP package or paying $150 for “obstructed view seats” for Swift’s show at U.S. Bank Stadium in Minneapolis.

Schwartz passed on the tickets entirely, he said. “I guess my teenage girls are going to be disappointed,” Schwartz told the Star-Tribune.

Another fan, who did utilize the boosts, also found prices to be steep, with “pit tickets” for the stadium selling for $795.

“Wasn’t the idea of this so that ticket scalpers couldn’t do this to fans that have been there since the beginning?” Pelish tweeted as @AlyssaRelish.

A rep for the stadium told the Star-Tribune that seats were available outside of the ‘verified fan’ program in the $50-$225 price range, but declined to provide information on where those seats were located in the stadium.