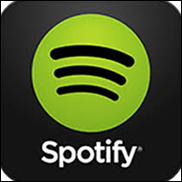 (Hypebot) – Spotify is being accused of paying producers a flat fee to create tracks under fake names, saving the music streamer significant royalty payments. But, while artists with misleading names and tracks do appear on the Spotify and other music services, is the streamer's involvement in creating these tracks a true injustice or the music industry's version of fake news?

Spotify, like iTunes and other music services, has a fake artist and track problem. Clever creators have learned to game the system with similar or misspelled names and concealed covers that trick users into listening to – and at iTunes even purchasing – tracks that are not the original.

"Spotify is reportedly gaming the system by paying producers to produce songs that are then placed on the service’s massively popular playlists under the names of unknown, nonexistent artists. This upfront payment saves the company from writing fat streaming checks that come with that plum playlist placement, but tricks listeners into thinking the artists actually exist and limits the opportunities for real music-makers to make money."

It took a bit, but Spotify eventually responded with a strong denial:

“We do not and have never created 'fake' artists and put them on Spotify playlists. Categorically untrue, full stop. We pay royalties — sound and publishing – – for all tracks on Spotify, and for everything we playlist. We do not own rights, we’re not a label, all our music is licensed from rightsholders and we pay them — we don’t pay ourselves.”

Of course, even the strongest denial does not make the guilty innocent. So, what is the truth? Did Spotify pay a flat fee for fake tracks; or, perhaps unwittingly, is this story just fake news that's made the rounds enough times that it feels like fact?

While no one can deny that Spotify, like many music sites, has a fake music problem, the allegation that Spotify paid to create tracks appears to come from a single article. 11 months ago, anonymous sources apparently told MBW that Spotify "has been paying producers to create tracks within specific musical guidelines." The story went further: "We’re also hearing that these producers receive a flat fee for their work, in addition to studio and musician expenses – but Spotify holds on to the master copyright….The subsequent tracks appear on Spotify under fake artist names. These fake artists are credited on Spotify with owning their own master rights. But they don’t. Because they’re made-up people."

At the time, Spotify refused to comment. Now, almost a year later, The Vulture is touting the MBW allegations as fact. Jumping back on the bandwagon it originally created, MBW has now published a list of artists that it says are fake as proof. But even it these are fake artists, it's far from proof that Spotify paid to create them.

Where there's smoke there's often fire. But simply put, Spotify would not save enough by paying for fake tracks that they'd possibly risk the wrath of artists, labels and 50 million paid users who expect the real thing. The parties that gain from gaming the system are the creators who have done everything from uploading white noise to tricking Spotify's search results with deceptive names and cover tracks so that they can gain attention and/or collect royalties.

The solution is simple. Or is it?

It would seem that Spotify could just end this controversy by kicking all of the fake tracks and artists off their system. But last year, when iTunes purged its catalog of deceptive songs, thousands of legitimate covers were also swept off the service. One independent label told Hypebot that his blues artist's original track was pulled off iTunes, seemingly in favor of Eric Clapton's more popular cover of it. Billboard reported that the iTunes blacklist included 400 well known artists that range from B.B. King, Frank Sinatra, John Coltrane and Pete Seeger.

Still, Spotify could work with labels and rightsholders to fix its fake music problem. Much like the Digital Millennium Copyright Act, if a certified partner names a fake artist or track that is gaining real traction, Spotify could investigate the source and either pull the music off or severely reduce its rank in its own search and discovery engine.