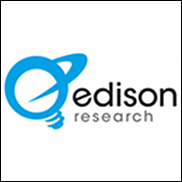 The new study reveals significant shifts in their musical preferences, the sources they prefer to discover music and increasingly even the devices they use to listen.

Highlights of their findings:

Just 6% of 12-24s indicated they have listened to online streams from terrestrial AM/FM stations in the past week.

Music tastes have shifted among 12-24s over the past decade: those radio listeners who indicated that Top 40/Pop stations were their favorite have more than doubled, while Alternative Rock stations were selected by half as many listeners in 2010 as in 2000.

Radio continues to be the medium most often used for music discovery, with 51% of 12-24 year-olds reporting that they "frequently" find out about new music by listening to the radio. Other significant sources include friends (46%), YouTube (31%) and social networking sites (16%).

More than four in five own a mobile phone in 2010 (up from only 29% in 2000), and are using their phones as media convergence devices. 50% of these users have played games on their phones, 45% have accessed social networking sites, and 40% have used their phones to listen to music stored on their phones.

Today's 22-34s have significantly changed their media consumption habits since the first study in this series 10 years ago. In 2000, 44% of 12-24s most often began their day by listening to the radio. Today, radio continues to lead, with 29% of that same cohort (today's 22-34 year-olds) reporting that radio is the medium they use most in the morning, while Television (25%) and the Internet (23%) have gained significantly.