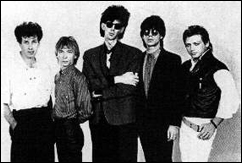 (CelebrityAccess MediaWire) — While insisting that “nothing is in stone yet,” sources at 10th Street Entertainment were able to confirm to CelebrityAccess that they will be working as the management company for the Cars, as members of the seminal ‘80s rock slowly reform their bonds and join together in the coming months.

Rumors of a 2006 reunion tour have been circulating on fansites for months, and look to be proving true. Allen Kovac’s office refused to confirm any of the details, and insisted that “All of the band members have not even been in the same room together,” but did say that details would be released in the near future.

Frontman Ric Ocasek does not look to be joining in on the tour, however, according to the office of Elliot Roberts, his manager. Sourcess at the company, Lookout Management, said Ocasek will be releasing a solo album in the coming weeks, but will have no part in a Cars reunion tour.

Rumors have been flying about Ocasek’s replacement should the tour happen. The biggest and most common name circulated has been Todd Rundgren, who is currently out on tour with Joe Jackson.

“Several weeks ago, there was a posting on an unofficial Todd website, a fan outside of our control, that stated that this was happening,” Gardner told CelebrityAccess. “Since then, the rumor has spiraled…but is a complete fabrication.”

Whether the rumors about the Boston-based group, which disbanded following hugely successful releases and tours in 1987, regrouping for a 2006 outing are true, will no doubt be proven soon. –by CelebrityAccess Staff Writers