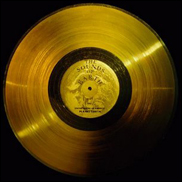 "I think records were just a little bubble through time and those who made a living from them for a while were lucky. There is no reason why anyone should have made so much money from selling records except that everything was right for this period of time. I always knew it would run out sooner or later. It couldn't last, and now it's running out. I don't particularly care that it is and like the way things are going. The record age was just a blip. It was a bit like if you had a source of whale blubber in the 1840s and it could be used as fuel. Before gas came along, if you traded in whale blubber, you were the richest man on Earth. Then gas came along and you'd be stuck with your whale blubber. Sorry mate – history's moving along. Recorded music equals whale blubber. Eventually, something else will replace it."


Brian Eno
http://www.guardian.co.uk/music/2010/jan/17/brian-eno-interview-paul-morley
In his new book "Linchpin", Seth Godin says the factory era is over. The concept of playing the game, tamping down your creativity in a social contract with the corporation for a lifetime job is history.

My uncle was a company man.

The only problem was the companies he worked for kept going out of business.


Is it companies going out of business, or has business irrevocably changed?


It's hard to get someone to overpay anymore. We can complain about Wal-Mart ruining downtowns, but blame the Internet too. Google any product and you'll see offers for it at a rock bottom price in the ads on the right.


I still believe in overpaying for service, do it all the time. But how often do you get service? I go into a department store and after yelling for help, the clerk tells me I'm on my own.


So for all you people telling us to erect walls, to bring all the jobs back home, I ask you how do you feel about paying $5,500 for a flat screen TV? Or three hundred dollars for a basic pair of shoes? That's what they'd cost if made in America.


Oh, don't get your knickers in a knot. I don't want to get into a debate about protectionism and NAFTA and…


I'll just say we can't go backwards. The public expects easy availability of high quality commodity goods. I realized this when a VCR started selling for under a hundred bucks. You no longer cared if it broke, you just bought a new one. As for fixing it…where could you find someone with that expertise, never mind the fact that the resulting fee would be eighty percent of a brand new item.

It's hard to compete with the behemoths unless you're selling a unique item. That's Mr. Godin's point. To utilize your creativity to evidence your uniqueness, and ultimately climb up the ladder.


But even more interesting to me is his thesis that we're not in a dip, not in a bad period we're supposed to endure to get to the other side, but that things have irrevocably changed.


Maybe no one will pay for recorded music again.


I actually don't believe that, but I will say that the major label model is history. The idea of getting millions to pay a lot for more music than they want is passe. Mr. Godin would say that by stifling creativity, the labels are signing their death warrant, and I agree, without unique music, without young people employed who are empowered to do things a different way, revenues can not return. But what if it's not about mismanagement so much as a paradigm shift?


Like newspapers. Mr. Godin says that journalists all write the same story the same way and want to be handsomely remunerated because they're doing important work.


He's right. Oftentimes I read the same story from different outlets. And the AP, Reuters, L.A. "Times" and "New York Times" reports are essentially identical. One writer would be enough. More were necessary when we didn't have such easy access to information, but now? As for the "Wall Street Journal", it tends to be the exception. Catering to an intelligent business crowd, the "Journal" shoots higher, which might just be why its residence behind a pay wall online works, financially.


But what if the Internet is not something to be stopped, but is something impossible to stop, like a tsunami, toppling not only music, but movies, news and TV in its wake.


You can't stop a tsunami. You can get out of the way, but you can't put up your hand and tell it to cease coming forward and turn around. As for building a wall… A good idea years ahead of time, but when the wave's on its way, it's too late.


Maybe there was a way out of this mess for these media companies, Seth says the "New York Times" had an offer from Amazon that would have delivered billions, but was too afraid of pissing off Barnes & Noble to take it. But it's almost too late now.


We've got a press. Reporting what it deems reality. But is it?


Why should we trust the reporter, asking questions, when every topic known to man has an online expert with years of experience speaking the truth, explaining what's going on.


And is something really important if I don't have to pay attention?

Sure, the disaster in Haiti is important. But I didn't bother to look at the list of Golden Globe winners. Why? Nothing in there is going to change my opinion on the content.


It used to be if the "New York Times" said something was important, it was.


Expect it to stiff just like the last one.


But at least the "Times" is bringing it to attention.


I say no. I can't read a review by someone whose taste I don't know, who may not be a fan of the Eels to begin with.


I'm just saying that maybe you can't beat back the march of progress, maybe the public has power it's never going to give back. Not only to steal music, but to bite back, ruining your reputation online if you make a misstep. We no longer live in a top-down society. And no one has such a lock on the public's attention that he's guaranteed revenue.


Seth focuses on how to cope in this new era. He tells you to embrace everything that's been drummed out of you, all the creativity, all the risk-taking. That uniqueness/insight/creativity is ultimately recognized and rewarded. I think that's great advice.


But more interesting to me is those on the other side. Those who used to have the power.


It's hard to make money on a commodity. Pioneer stopped making flat screen televisions, Circuit City went out of business. Southwest Airlines is victorious, but the old carriers with legacy costs just can't get the numbers right.


Point being that there's always someone who will deliver the necessary commodity goods at the lowest price. But what are the necessary goods, and what is that price?


Maybe arguing with online music distributors over free goods is a waste of time. Maybe getting people to pay for music is about all the extras, a bundle at a low cost. You might think the value of a hit record is a zillion dollars, but there's absolutely no way to prevent the easy digital copying and distribution of that item, no way. So why fight a war you can't win?


Everybody's trying to keep us in the past.


The record companies want us to buy overpriced CDs.


The movie companies want us to wait until we can see a movie in our home. Then they'll let us buy it, but not rent it.


Newspapers are stating they're a public good and must be maintained, you must pay them for the news.


But maybe all this outcry is completely futile. Maybe we've entered a new era. Maybe the Internet killed the old paradigm. Maybe it's not worth crying about anymore.