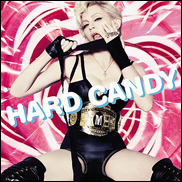 She got her face redone, hooked up with Timbaland and Justin Timberlake and spent hours in the gym…but how many people have heard the record?

Maybe you've even seen her in the media parade. Adopting an underprivileged child, posing on the cover of "Vanity Fair"… But did that make you turn on Top Forty radio, did it make you scour the Web to hear the track? And what is the name of the track anyway?

It's not 1985, when we were all addicted to MTV, when it was the train-wreck of a generation, PerezHilton.com without the competition of TMZ and wannabes. We saw her in that production number, we knew the material girl was not a virgin. She became the talk of a generation because we were all tuned into the same damn channel. Now MTV airs almost no videos and those waiting for clips on the outlet must not have Net connections, where you can view almost any clip you want instantly!

Assuming you want to see the clip. Which looks crappy in a small box. And even if this new site, PluggedIn, gets traction, are labels really going to spend a fortune for production numbers, usually featuring actors as opposed to the act itself?

Madonna may have made a deal with LiveNation, but that does not mean she's the ubiquitous cultural icon she once was. No one can be. There's no center and too much choice. We watched those shows on network television in the sixties because we had no choice. As soon as we had options, we abandoned the networks for cable. And now some are abandoning the box completely for the Web.

It's kind of funny to see Madonna trying so hard. And that's what she's doing. Rather than kicking back and figuring out how to play in the new world, she's just ramping it up old style. Add on the glitz, add on the glamour… Like someone under forty who wasn't around the first time through is even going to give a crap. Like kids are going with their buddies to see her at overinflated prices because of the new hit. Nah, if they go to the show at all it will be with their parents, as nostalgia.

Give Radiohead and Trent Reznor props. They're living in the now. Madonna is living in the twentieth century. It's as if Michael Jordan assembled a superstar team of young 'uns to go for an NBA championship… It would be creepy. And just looking at Madonna is creepy. Wasn't she the one with the air conditioned teeth and the chubby thighs? Wasn't she the one with the sassy mouth, but the body of the girl next door? Wasn't she attractive because she was playing dress-up? Wasn't she Susan in that movie? Wasn't that truly her own screen success? When she was an underdog, someone who didn't fit in, as opposed to a superstar giving dictation?

But this isn't solely about Madonna. It's about Jay-Z. It's about anybody who sold millions of albums under the old paradigm. You just can't do it anymore. You just can't get enough eyeballs. You're a niche product, no matter how hard you flog yourself.

I was sitting in a restaurant in Toronto. And I put forth the question, have you heard the new Madonna track?

Karen, one of Canada's foremost music journalists, on the trail of everything new and trendy, said no.

Tanya, an exec at EMI Music Publishing, said no.

And I said no too.

But according to the chart, the Madonna track was number one.

I guess the chart doesn't mean much anymore.