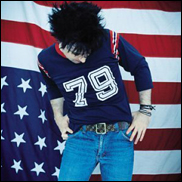 I know it's counterintuitive, but think about it.

I was on the phone with a publisher, he was encouraging me to do a book. In the conversation he revealed he was a big Ryan Adams fan, even e-mailed me the one released track from his new album ( http://bit.ly/qTR9lU ). And in our discussion of Ryan's work, from Whiskeytown to the doldrums, I told him about this article I'd written about this spectacular show at the House of Blues back in 2001, when "Gold" had just come out. I told him I'd send it to him.


But after finding it on my computer (thank you Spotlight!) I was stunned to find out that it just wasn't that good. I winced. I didn't want to send it. I remembered it as being great, but it wasn't.

That was ten years ago.


I was so much older then, I'm younger than that now.


Technology has become the movie business. You succeed or fail in a weekend. With everybody paying attention your wares are analyzed, combed over to death, and either pass muster or are heaped into the garbage can. If the TouchPad had been manufactured off the radar screen, if the hardware had been brought up to snuff with the software, if they'd developed an ecosystem of apps, maybe HP might have succeeded. Instead they released the product, the mavens were disappointed and word spread instantly, don't buy this POS.


It's no different in music. You may think you're ready, but you're not. You think if you just tell enough people, send e-mail blasts, fill up inboxes with unsolicited MP3s, you'll make it. But this just turns us off, we're immune to marketing. We only want to find out about products from friends.

But worse, when we finally check you out, we find out you're just not that good.


Your mother may say you're great, your significant other may love you and your music, but the rest of us just shrug our shoulders. Good enough is substandard today. It's not like the TouchPad didn't work, it just wasn't an iPad.


You're competing with Adele and Gaga and U2 and even the Beatles. People can only listen to one song at one time. And with literally everything at their fingertips, your music must be as great as that of the superstars. And we know it isn't.


You can be twelve and play good piano for your age and hook up with a famous songwriter and producer and have chart success, but everybody knows there's no real talent involved. That'd be like a prepubescent topping the "New York Times" Best Seller list, writing a novel and competing with Jonathan Franzen. Doesn't happen.


Real artists develop. And they struggle.


I've got no sympathy for your hard times. Live on nothing, get a day job, borrow from your parents. You're not the first person to suffer for his art. If you're great, you'll find your niche. But there's no guarantee you'll be rich. If you want a guarantee get an MBA. There's more work for them than there is for musicians, hate to break it to you.


There's a thrill in creation. And breakthroughs happen constantly. But that doesn't mean you're ready.


When you are, you'll find doors opening.


Not a day goes by when some media outlet isn't looking for a quote from me. Ten years ago, I'd be dying for this recognition. But I didn't get it because I wasn't ready yet. And I'm getting older by the day. And being criticized therefor. As if the only art worth consuming is that which is made by people without lines on his face.


But experience is key to greatness. As is hard work. It's not about the number of hours you put in, but the degree to which you challenge yourself. Learn how to play every Beatles song. Write in that genre yourself. Then throw it all away and you might be on the verge of being ready.

We live in an instant society. But art is the antithesis of this. Art needs to marinate. It's not sold like a Website and it's not developed by the school system. Great artists are outsiders who go their own way. They challenge convention. And since they're doing something different the public is not ready for them until they're fully-realized. When you can't be criticized for your playing, when you can sing on key, when you've got something to say, then you've got a chance of hooking up with the public.


If you make your move too soon, not only will you be rejected, it will be that much harder to get people's attention in the future.


So be grateful no one cares.


And don't try to get them to.


Just practice and play in your own backwater.


And then make your art available.


If it's good, the public will spread the word.


If this doesn't happen, you're just not good enough, go back to the drawing board.


And if your mother or your wife or your friends complain that you're a loser, that's their problem. To succeed in art you've got to walk down the road not taken.


Too many people are unwilling to do this today.