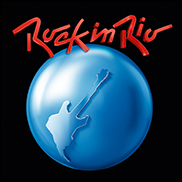 It's not about the talent, it's about the EXPERIENCE!


Especially if you want me to schlepp across this great nation of ours to overpay to attend your festival.


In case you missed the memo, and seemingly everybody but those in the business did, Rock In Rio was a disaster. Garnering about half the attendance of a sellout. Because, after all, why do you need to go schvitz in the desert to see the same damn acts that are going to come closer to your town anyway?


Welcome to festivalitis. Wherein the promoters try to wrest control of the cash from the acts and the fans are the beneficiaries.


The truth is fans will pay boatloads to see superstars in arenas. After that… Good luck. It's hard filling the building.


But if you put everybody on the hit parade in one place, and throw in a few up and comers, going to the festival becomes a value proposition.


But headliners are not enough, not anymore, when there's a festival close to home.


Yes, it started with Coachella. Which lost so much money AEG had to rescue Goldenvoice. But if you think it's about losing money until you break through, you probably expect another Budweiser festival in the heart of L.A. That ain't gonna happen. You want me to go downtown and hang on the asphalt just to hear bands… I NEED MORE THAN THAT!


So what we've got right now is a turf war between AEG and Live Nation. They're dividing up the nation, territory by territory, festival by festival. And there's a dose of SFX, but we're all just waiting for that enterprise to implode.

So, there are country festivals. That's a culture right there. A big tent where everybody gets the concept.


And Coachella built its rep on cutting edge talent.


And ACL was built on location.


And the new Lollapalooza in Chicago was built on the brand name and location.


And Bonnaroo was built on the back of jam bands.


And then Outkast went on the road and headlined all the festivals and suddenly there was little reason to travel, other than to the brand names above. You could get the same talent everywhere. So why do you go?


We live in a narcissistic culture where it's all about me.


Want to know the number one thing you've got to provide at a festival these days?


Because the attendees want to share the experience, with each other, with those at home. Isn't that EDM culture? That's why the Sahara Tent is so big at Coachella, literally and figuratively, it's not about the deejay but the revelers.


This is hard for oldsters to understand.


It's impossible for Brazilians to understand.

Festivals are here to stay. They provide the two necessary elements delineated above, an experience and a place to see a ton of talent.


You can't cheap out, you've got to spend on attractions. BUT THEY'RE NOT WHAT BRINGS PEOPLE IN! Otherwise, Coachella wouldn't be able to sell tickets without announcing ANYBODY!


A few zip lines is not enough.


JazzFest has food… And New Orleans, which is party city to begin with.


If you expect Rock In Rio to come back in two years, then you believe hedge funds are winners.


But the truth is hedge funds are closing. They're a bad deal. And when you put on a festival it's all about the money, and no one can lose that much.


So, let me see… It's metal the first weekend and pop the second? Where's the culture in that? Now if Taylor Swift were gonna duet with James Hetfield, that would be interesting. But just a bunch of stars, who I can see everywhere else?


Just ask everybody who didn't go.

And what gets people to go in the future is word of mouth.


And Rock In Rio is a dead zone. There's nothing to talk about.


People don't talk about the bands they saw but the experience they had.


Hanging out in a parking lot hearing the hits of the day is not an experience. It's just a concert.


AND FESTIVALS ARE SO MUCH MORE!